Ultima: The Maze of Schwarzschild - Recommendations 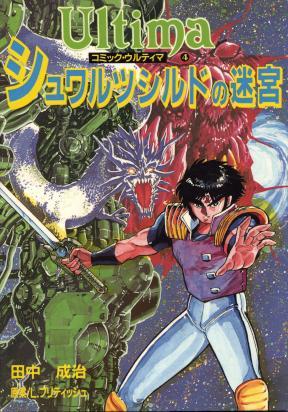 If you're looking for anime similar to Ultima: The Maze of Schwarzschild, you might like these titles.

The planet Latis is under attack by the Space Dragon Salamander, its war planet, and the Bacterian horde, which is destroying everything in sight; Latis's defenses are ineffective, and its people are losing all hope. Three heroes from the planet Gradius join Lord British in defense of his beloved planet Latis.

A street kid tries to survive in a technology and body modification-obsessed city of the future. Having everything to lose, he chooses to stay alive by becoming an edgerunner — a mercenary outlaw also known as a cyberpunk.