Ultima: The Fall of Magincia - Recommendations 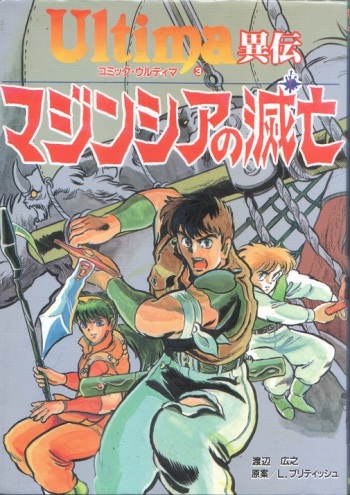 If you're looking for manga similar to Ultima: The Fall of Magincia, you might like these titles.

In 1715, pirates established a lawless republic in the Caribbean and ruled the land and seas. These outlaws paralyzed navies, halted international trade, and plundered vast fortunes. They threatened the power structures that ruled Europe, inspired the imaginations of millions, and left a legacy that still endures. Into this world sails a young, cocky, and fearsome captain named Edward Kenway. His skill with a sword and disdain for authority earn him the respect of pirate legends like Blackbeard, but thrust him into an ancient conflict that threatens to destroy everything the pirates have built.

Alto has always been followed by misfortune and his problems show no sign of coming to an end when he is suddenly kidnapped by pirates. He learns from them that the clover shaped mark on his body proves that he is the descendant of a legendary pirate. Finding the individuals who possess the spade, diamond, club and heart marks is said to lead the way to valuable pirate treasure.

A princess runs away from the palace and encounters a group of pirates in town. She accidentally breaks the egg (which hatches) the pirates were fighting for and runs of with the strange creature in it. After that she meets a pirate captain and joins his crew.