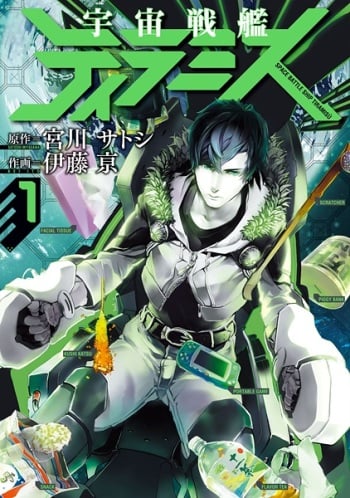 A.D. 2089 - 80 years have passed since Space War I changed the lives of both human and Zentraedi races. Both races are at peace on Earth when a new alien race called the "Marduk" appear within the Solar System. While covering the first battle between the U.N. Spacy and the Marduk fleet, SNN rookie reporter Hibiki Kanzaki discovers Ishtar, an "Emulator" that enhances the Marduk's combat abilities through singing. Hibiki brings Ishtar to Earth to teach her the values of life and culture. Together with ace Valkyrie pilot Silvie Gena, Hibiki and Ishtar must find a way to save Earth from total destruction at the hands of the Marduk leader Ingues.

After the event of Junius Seven crashing into Earth, wars and chaos have spread throughout humankind once again. Sven Cal Bayan, a 19 year old natural and a part of the special forces named "Phantom Pain", pilots the Strike Noir to destroy all coordinators. Selene McGriff, a researcher for the Deep Space survey and Development Organization, escapes from Earth and continues her project of Stargazer. Unknowingly, their destiny will cross and new battles will begin.

Macross 7: The Galaxy is Calling Me

During an investigation of a sound anomaly, Basara crash lands on a snow-covered planet, by folding out too close to the surface. Stuck on this planet with unfriendly natives, Basara befriends a 4-year-old boy name Pedro. Together, they discover that the strange disturbance of the planet is caused by the song of a green haired Zentradis. With the power of the song, what kind of evil will be drawn to the planet?