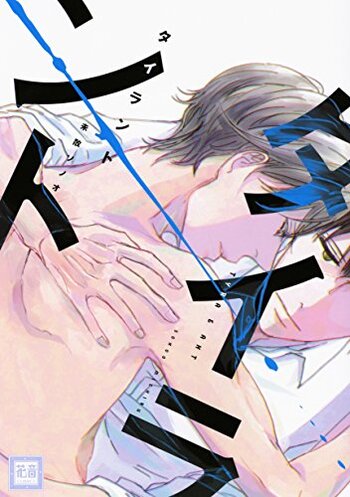 A cute boy falls in love with the moving boy, but how will things play out when his brother gets involved?

High-school students Yae and Nao have been dating for a while when Yae gets a part-time job as a waiter at a fancy cake shop. Now he doesn't have as much time for Nao, and when Nao sees how familiar Yae is with the manager, he's even more worried.

The Love is Worthless

Misaki Ando, remarkable for his good looks and not much else, never found his calling in life. Then one evening, a chance viewing of a theater performance changes his life forever. He finds himself entranced with the troup and in particular with its star, Yuuji Kuroda. He decides to join the troupe, but they turn him down-apparently there IS such a thing as being too pretty! However, Misaki doesn't intend to give up so easily, and Kuroda's finding it hard to say no!

I Love Love, Too

Suzuran Nakazato is in a relationship with his older brother’s best friend, Momiji Sakai. Momiji’s body belongs to Suzuran, but it irritates him whenever someone else hugs or even likes Momiji. On the other hand, Momiji is worried that Suzuran sees him as nothing more than a toy. What’s more, Suzuran’s brother and best friend are in love with each other, but neither has the courage to confess! What will become of all these mismatched feelings?

Student council president Kyo seems to have it all – looks (he's prettier than most of the girls), intellect, and power. He doesn't even care that he is hated by many students, he has everything under control. But then super popular and incorrigible Ryosuke upends his life like a tornado, professing his undying love, kissing him, and turning up everywhere he shouldn't be! Why won't he leave Kyo alone? Why can't Kyo push him away? Can Ryosuke's devotion save Kyo from a ruthless plan of revenge at the hands of school bullies?