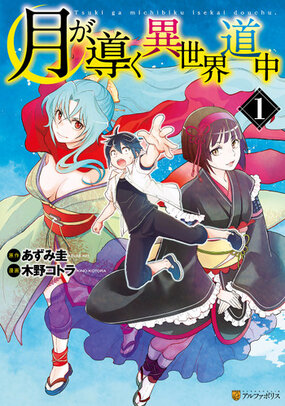 Misumi Makoto was just a normal high-school student... until the day he was summoned to another world because of an agreement his parents had made with a goddess. Except when he meets the only goddess in the world he's sent to, she insults him by calling him "extremely unattractive" and makes an arbitrary decision to banish him to a deserted wilderness. Makoto searches the desolate land to find other humans, but for some reason only finds creatures that are all nonhuman. Even the two pretty women who decide to follow him on his journey used to be a dragon and a giant spider. Along with two extremely eccentric characters (but really reliable in battles), so begins Makoto's unlucky adventure in the new world! A fantasy about a teenage boy who keeps getting hit by one problem after another!

In a perfect textbook example of “I came looking for copper but I found gold” this is a diamond in the rough.  You go into it expecting isekai, cheats, an OP main character, harem, etc.  Well, you get all that.  But then you get MORE.  You get storyline and plot you weren’t expecting, you get xenophobic racism and confusion, you get amazing things that I want to rant about excitedly but I CAN’T because it would be SPOILERS if I did!  The further you get through Tsuki ga Michibiku Isekai Douchuu, the more and more you understand why it’s still ongoing and getting more books- it’s actually good.  Every character has their own personality, the art is good in an average way (it isn’t anything pioneering or original art-style wise, but it’s good in the way that it fits in with other great mangas) and every species has their own style and I love it. Please give this a chance, 10/10 I’d recommend it to anyone who likes isekai.  The first book didn’t seem like it would amount to much other than classic isekai and comedy but geez… did it escalate or what?! Read it, friend.  Read it.

This is actually a pretty good manga. I'd even venture to say that this is one of the best isekai manga I've read. There's barely anything wrong with it at all. The plot is good and consistent. The pacing is just perfect and because it comes out every month you can feel that the author is trying their best to produce it. The MC is op but it doesn't feel too overbearing and that's because his character is so well written. I'm usually not a fan of companions in these stories but this manga made me change my views. They aren't just there to fill in a random spot, they are perfect addition to the party and each of them bring something unique. There is no cliche like tsundere, yandere or annoying characters. They all act like adults. Each of them has a good character development phase and you can just see them growing with the story. I found the mc annoying at times because he was too passive but he slowly started to stand up on his own. Although i'm not so much a fan of this I like that the author takes the time to explore other characters that are not inside the MC's party. It helps understand the world without having an exposition dump of some sort. You can feel that this is an experienced author and they know the principles of a good story.

Ah, isekai. It is so nice of you to always be with me, when I need salt.In a nutshellTsuki ga Michibiku Isekai Douchuu focuses on an ordinary high school student, Misumi Makoto. He is summoned to another world, where he becomes a hero and is to save the world from an inevitable destruction. Upon arriving in the new world, he is met by other heroes, who are not that pleased to see a newbie hero. Being in the new world, without the help of the God that made Makoto a hero, he will need to find his own way to save the world.StorySpeaking of the story, it is way too simple and it helps the reader to enjoy it, because it is just one of these novels that are great to kill some of your free time. Nothing really happens in it, there is almost no drama, so you can just enjoy it without needing to overanalyze the story. On top of that, the novel also has a couple of very interesting and unique ideas that have never been seen in other isekai. And it looks like this novel is perfect, however…The novel does have a very bad and cliché start and while it does get better and better, the more you read it, the more flaws you see. There is no drama in this novel, which would give this novel a bit of a shocking element and make the novel more interesting to read. In addition to this, there are also no comedy moments. There is also no fan service, or it is so little that I did not even notice it. In addition to this, a serious drawback of the novel is that the author cannot describe action scenes properly (only a few battle scenes are not bad), he stretches the intervals between them, which makes them way too boring and even annoying. In addition to that, the plot only moves during the battles, in between the battles, there is almost no plot development and this is just terribly boring. Too bad, but you will only see one interesting event in 60-70 chapters. It seems that the author is way too inexperienced and this lack in experience results in the inability of the author to decide what they want their novel to be.CharactersThe characters are not that bad, but they all lack character development. What I mean is that like with many other light novel writers, the author of Tsuki ga Michibiku Isekai introduces too many characters and little by little this becomes a problem. The easiest example for that would be when Shiki is introduced, it feels like Mio and Tomoe are no longer needed and are neglected by the author. What is more, for some reason, more and more unnecessary characters are introduced, who later become neglected, as well. And it becomes a problem: there are too many names, some of them do not even get enough time to shine, so that you can remember them, and the most important flaw that makes this novel yet another ‘average isekai harem’ is that there are far too many sex jokes, which are, for some reason, too difficult to understand for the main protagonist of the novel.Criticism/Random ThoughtsI am disappointed, to tell you the truth. Like I said, it did have a bad start, but then it became readable and I would I even say that it was entertaining. However, then you just keep collection flaws and, at some point, you cannot enjoy the reading anymore: the main protagonist is yet another potato that is just too much of a dumbo to get any hints of his fellow female companions, or he might suffer an erectile dysfunction, does not matter, the author has no idea how their novel should look like, many characters are just neglected and receive little to no development and so on; I can make this list endless.OverallAll in all, if I were you, I would never read the novel. It is just yet another cliché, average harem isekai, with some stupid sex baits. However, if you want to know more about Tsuki ga Michibiku Isekai Douchuu before the upcoming anime adaptation, my advice to you is to read the manga, which is nothing special, too, but it is readable. In the end, the choice is yours. 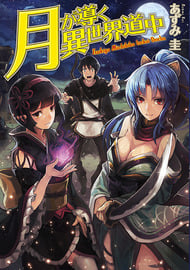 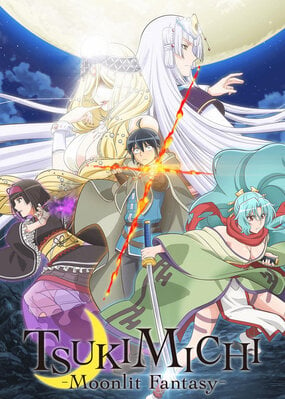