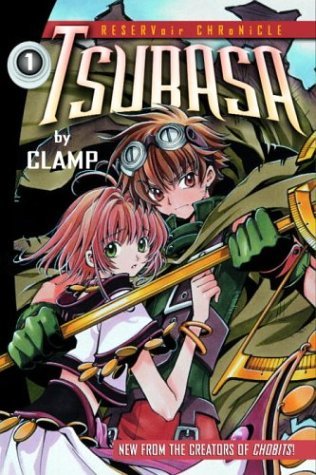 This by far is probably one of the best mangas out there that I have ever read. I have never been hooked on a manga for so long and still kept buying the next volume as soon as it came out without taking stopping ever 5 volumes. If you have ever read any of CLAMP's other works you'll sure to be able to enjoy this one.

Story:
I have to give it a ten. It's original and fresh. This is the very first manga I have ever read that the story takes place in many different places. The plot seems to be never ending because they have to find Sakura's feathers. But that is what I like about it because I really would hate to see the end of such a great manga.

Art:
I give the art a 9. Clamp just has a way with their drawings that I find very unique. It reminds me a little of a duo tema of an amateur and an expert workinbg together. But that's what gives Tsubasa it's charm.

Character:
Another 9. I love how we meet new and old characters that are originally from other Clamp works. The main characters fits right in to this story. I would have not chosen any of the other of Clamp characters to play the main roles.

Enjoyment:
I give this a 10. It has plenty of humor. There is no end to just how funny this manga can be. I just get the biggest kick out of Fai-san and Mokona. And the cliffhangers leave you wondering about the next chapter or volume which leaves much for you to think about what would happen in the next volume.

Overall:
Overall, it is a 10. Everything ties in just perfectly. The never ending supply of cliffhangers and humor. Also plenty of characters to meet and see. You can not but help to pick up this manga and read it over and over again 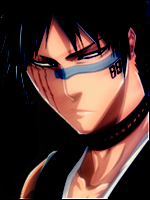 Tsubasa: Resevoir Chronicles is a story that chronicles the adventures of Syoaran Li and his comrades, the endless struggle to save what means most to him, and the sacrifices that are made in the process. At first glance, this series can start out to seem like another Light-Hearted Adventure that reaches its finale with no climatic ending. Don't let it decieve you. Once you get deeper into the plot, and increasingly attached to the characters, the whole story takes a dive into the depths of suspense and confusion.

This series struck me at my core, with intense bursts of action, an unexpected flip of light and dark themes, and plenty of insane plot twists to keep you reading until you reach the breathtaking conclusion.

Definitely recommended if you enjoy complicated series, riddled with twists and turns.

Syaoran and Sakura live in Clow Country, a world of sand with mysterious ruins within.  A chance event within causing Sakura to loose her memories in the form of feathers and they are scattered over many different worlds.  Syaoran travel with the aid of Kurogane and Fai to these other worlds in order to find the memories and return them to Sakura.

I must admit that having not read any of CLAMPS works, I must have been at a disadvantage.  In fact, only have watched Chobits was the furthest that I've ever got.  However, even without this, the story of Tsubasa: Reservoir Chronicles is one that is exceptionally well woven together.  To describe it would be something that only CLAMP could have pulled off.  The process of travelling from one world to another is not entirely a new thing, but to have those worlds feature characters from the many other series that CLAMP have written is in itself the genius heart of the series.  The plot unfolds in a brilliantly logical manner and draws you forver more into the lives of the characters, all the while building the suspense until the final showdown.  And yet when it does come, it delivers and more.  Fantastic series for anyone to read, even if you haven't read any of their other works.

To describe the art in the series can be easily summed up in a single word: CLAMP.  Yes, I know that's cheating, but CLAMP are phenominal in their artwork and Tsubasa is no exception to the rule.  Everything from the worlds to the characters and fight scene are draw with such fine detail that you believe in the story.  As good as the art is and despite it the quality being maintained throughout the series, some of the action scenes are just a tad confusing to follow.  Not that this make a massive impact, but this is a reason as to why it gets a 9.5 from me.

Do we want character development? Answer...yes.  Does Tsubasa give us character development?  Answer...by the bucketload.  Tsubasa is one of those few mangas out there were literally everything revolves around the characters in the series, building upon what we know and revealing more and more about both their pasts and their futures.  The series creates a fantastic balance of giving us what we need to know and what we want to know.  The fact that they can call upon the many other series that CLAMP have used for their character inspiration is well excuted.  Anything other than a 10 for this would be criminal and I'm not going to break the law.

Tsubasa: Reservoir Chronicles is perhaps one of the greatest mangas out theres.  Yes its not easy to plow through the 233 chapters without taking breaks, but if you do need a break, they cleverly slid these in when they move between worlds.  A series which is certainly unique in that it not only borrows, but steals from other manga and seemlessly incorperates them into the storyline with a solid reason that just not there for them to do cameos and leave the next scene.  The underlying plot, characters and worlds that makes up this series creates an impression on you; one which leaves you wanting to know more about what comes next and which other worlds do they visit.  Its a shame that it ended, but one that can be enjoyed for years to come.

I can't recommend this series enough. Tsubasa: Reservoir Chronicle is a must-read for any hardcore CLAMP fan. The story, characters, and art are all top-notch. One thing to be noted is that by the time you reach the Acid Tokyo arc, everything gets flipped upside-down. The second half of Tsubasa is an extreme departure from the first; it is no longer a light-hearted nakama adventure story, but something that would be fitting in a seinen manga.

This was one of the first manga I read all the way through. The art is gorgeous! I find myself often picking up the manga again and again to marvel at CLAMP's beautiful fashion, backgrounds, and flawless depictions of character emotions. They occasionally go into cliches of artistic depictions/artistic licensing though (such as characters seeming to lose 100s of gallons of blood). However, I'll give them a pass for distorting reality, since every battle and/or fantasy manga does this to some degree.

All the main characters have deep and complex motivations and backstories. Even though each of them has very unique situations which would be seemingly hard to relate to, they somehow all remain very endearing and you sympathize and empathize with nearly all of them. CLAMP pays painstaking detail with character interactions and every main character experiences significant growth, which continues to make them interesting throughout the story. I do wish they did more work on the motivations and backstories of side characters though.

The story really starts strong. It's unique and layered in many ways. The world-building also is immersive and detailed, and I always wanted more. I never got the feeling of filler or pointlessness during any parts of the plot and can't say there were any stories or arcs where I wish the story would just move along. There were also none of those moments which made you want to scream wondering why the hell the mangaka would want to "ruin everything." So the sad moments all hit appropriate notes and the jokes never came at the cost of a great moment.

Here's where it gets some points off; the latter half is very dark and almost jarring with the change of tone. While the darkness makes sense in the storyline, I felt slightly unprepared for how deeply the story would remain dark. Making it dark wasn't a bad thing, necessarily, but it made me miss some of the more cheerful moments and I felt the emotional depths the went into almost made the world-building suffer, or at least stand out less than it did. The final few chapters become very complicated and a little convoluted. Honestly, I had to reread the entire finale section because I became pretty confused with why certain events happened and why they happened that way.

Overall, I really enjoyed it! It was a great way to spend my time. I have to say that it works great as a standalone story but is an extra treat if you have read more of CLAMP! (Lots of lovely Easter eggs, cameos, and references!)