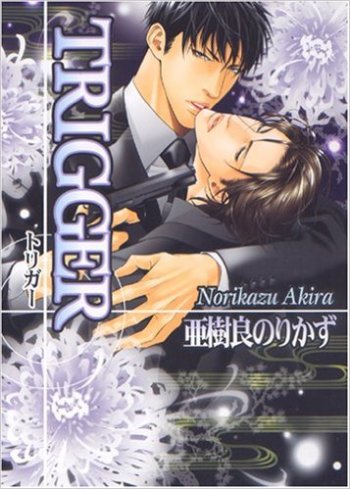 If you're not a fan of short stories and prefer to read ones that have a longer story or plot, then this manga is not for you. The characters and story change every chapter.

So the first chapter (Trigger) is about the couple on the synopsis that you read before actually starting the story.

Chapter 2 (Steal Me) is then about a different couple, Sudou Ryouya and Takigawa Tooru, the former a theif and the latter the grandson of a yakuza boss.

Chapter 5 (Me in the palm of a hand) is about Hinata and Fujimaki who are co-workers.

Chapter 6 (The Power of Glasses), Kaneko and Oota who were once schoolmates meet years later when they're both working adults and are working on a project together.

Chapter 7 (My Fair Prince) is about Crown Prince Julius and an interpreter working at the embassy Doujima.

Chapter 8 (As You Like It) Kobayashi Tomo and Suga Mitsunari, Kobayashi bumps into Suga and spills coffee on him so now he's asked to pay back the suit in some way.

Chapter 9 (Fever) we go back to Sawada and Kagami, the couple from Chapter 1.