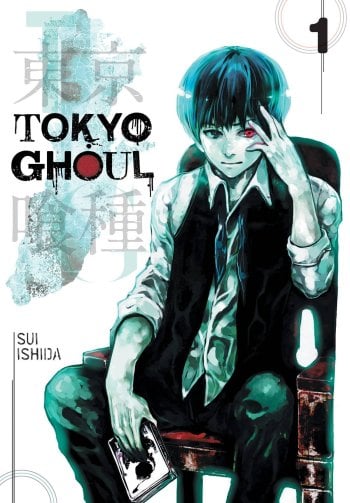 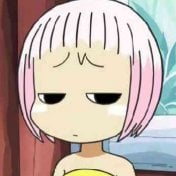 In both mangas there are another specie that is infiltrated human society and it is living among them, camouflaged as them, and feeding of the human flesh. Bot of manga have the similar point of wiew at this battle of humans agains the human eating monsters, where they, folowing the main protagonist of the story who is halfling of both species, in deep psychological and philosophical manner question the foundation of our value and moral systems as the "dominate specie" on earth.

In Parasyte, other specie is logical, emotionless, need human body because they are, well, parasyte organisms, they infect humans that where normal before and take over their body destroying that humans individuality.

In Toukyou Kushu, other specie is by nature more similar to humans - have emotions, but they are born different, they have the need to eat human flesh (and human flesh only) which fundamentaly makes them natural enemies of human race.

Both mangas are about monsters who goes around killing humans and a human boy whose life dramatically changed after becoming half monster. Being half human and half monster the main character is able to see the good and bad of both races. Both mangas will test the morals of humans and leave the readers thinking who the real monsters in society, the humans or the monsters that kills humans.

both have the theme of other kind of creature that are not good to mankind . both start with the main chracter being weak but then changes where the main charachter personality changes severly and try to hold on their humanity .

Yes yes they are similar but Shinichi acquired his abilities through an infestation the other got powers by a chance organ transplant from a ghoul that was trying to devour him (Kaneki).

not to grant any spoilers, I'm not like that.  but these two are quite similar.  basically both underdogs who later become the hero of the story, face an "infestation" through means they did not ask for.  upon doing so, they had two choices to either be with or against.  upon their chosing they decided their fate and the story unfolds.

In both stories the main character gets suddenly involved with a group of people who try to remain hidden in order to eat human flesh, so he has to avoid getting caught between them and the humans who try to get rid of their menace. He starts changing his attitude and personality after being forced to become strong and questions his human nature.

They both have a very similar feel

however personally I prefer toukyou kushu

Has to deal with immortality and supernatural beings with superhuman powers. Dark protagonist who might be good or evil. Mysterious characters with comedic relief

Both are psychologically engaging; they discover the depths of humanity as well as what it could mean to be "monstrous."

Both manga have an MC who learns that he is not as human as he would like to think. Their reactions to this discovery and how they feel about it are very important factors in both series, as are the inevitable fights with their newly acquired powers. The tones in both series are quite dark, so if you liked one you might like the other as well.

Nothing interesting is happening in Makoto Ozaki’s first year of high school. His life is a series of quiet humiliations: low-grade bullies, unreliable friends, and the constant frustration of his adolescent lust. But one night, a pale, thin girl knocks him to the ground in an alley and offers him a choice. Now everything is different. Daylight is searingly bright. Food tastes awful. And worse than anything is the terrible, consuming thirst. The tiny shames of his old life have been replaced by two towering horrors: the truth of what will slake his awful craving and high school itself.

Happiness doesn't have that many chapters yet, but the vibes it's giving off really remind me of Tokyo Ghoul. This is why I think that if you liked one of them, you might like the other too.

same type innocent boy into monster and has to accept it

both are very similar because of how the main character interacts with the brutal world around them. Also, both kaneki and okazaki start out as spineless bitches.

Both of these manga give off the same kind of feeling. A protagonist who gets dragged into a world they dont want to be in. Both manga also show you people's reasoning to do things and really make you question morality. You get to understand why people do things and sympathise with both sides

Both Tokyo Ghoul and Fire Punch have fucked up things and ultra-violence, combined with nearly immortal characters and superpowers. Trying the other if you liked one might be worth it.

So these two manga appear to be the complete opposite, but the similarities between the two are quite clear. It starts off with a weak young protagonist who is dragged into the world of monsters, in Variante it's Aiko getting involved with Chimera's after her parents get murdered and in Tokyo Ghoul Kaneki getting involves with the ghouls (both getting involved wasn't exactly part of their plan). The stories involve them growing and soon accepting, with the audience experiancing their feelings as they go through this acceptance. So with similar characters, plot line but also with enough different between them to keep them interesting, you might want to check them out.

A boy named Osamu Hirota unwillingly loses his ability to live a normal life thanks to an immortal vampire woman and her former lackey, Souichi. Cursed with the form of a monster and the need to hunt for blood to sustain a human form, how will Osamu cope with his new life?

similar MCs: as in they both suddenly become monsters and it's a beautiful female that caused it lol. shiga hime is definitely much more gorey but the art isgreat, TG art is also really good but SH's art is literally insane.

"In an accident at the meat factory, the heiress was heavily injured. Guiltily, I agreed to her request, but this very same request has let me enter into a wonderful life..."

A rainy night. A mysterious island. A boy with a dangerous story to tell – if only he could remember who or where he was. So begins a chilling journey into the unknown – when uncovering a twisted world of secrets is the only way to survive.