This Is The Law - Recommendations 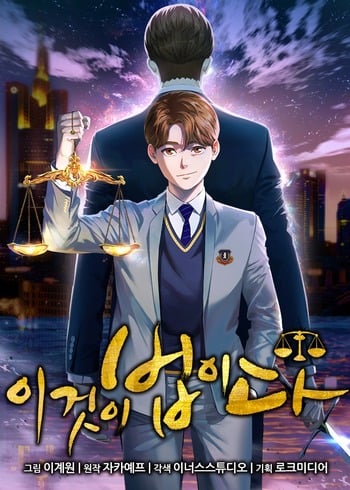 A righteous prosecutor, life reset, punish the villain!!!! A hot-blooded prosecutor, Kim Hi Wu, was murdered and sunk into the ocean while chasing the tyrant who controlled Korea. But Kim Hi Wu meets a grim reaper, who gives him a chance to relive and sends him back to when he was 18 years old. As a high schooler, Kim Hi Wu prepares to punish the tyrant Jo Tae Sup. “To get the devil, you have to become one”

Both are about lawyers who got sent back in time because they got killed before they could bring justice.

Does The Lord's Coin Not Shrink?!

The Flowers Dance and the Wind Sings

Arcella, who lived a glorious life that everyone envied but died of illness at a young age. Before her death, she regretted not having become a proper mother to her son. But somehow, she went back three years ago. Arcella is living her second life. I promise to be a loving mother this time. However, is it too late? The son only pushes her away and she realises that her relationship with the husband, who she thought was fine before her regression, was wrong...

The Villainess is a Marionette

I woke up as Kayena Hill, the novel’s villainess, praised as the greatest beauty in the empire. Who knew that her story would catch my attention because I was her in my past life? Destined for terrible ends, I’ve died twice—but I refuse to die a third time as a pawn in someone else’s scheme. I’m no longer the vain and naïve princess. Now that I know how the story will unfold, I’ll turn the tables around and have everyone dancing to my tune. This time, I’ll be the one pulling the strings.

Does The Lord's Coin Not Shrink?! (Promo)

Ern, who died a miserable death at the hands of an assassin returned to the past, and had acquired the skill <Dimensional eyes> in his eyes! Ern, who returned to the past with all his past memories, in the old dimension... no, it's the beginning of a storm in the peaceful dimension!