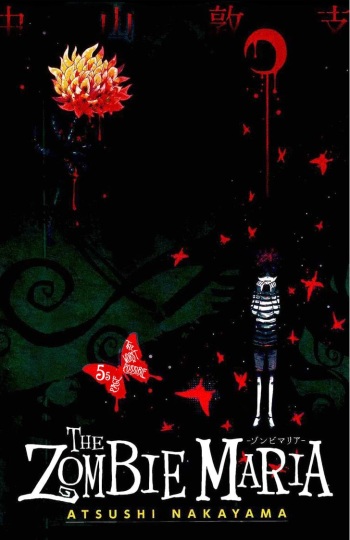 Daikichi is the epitome of unlucky. He's just lost his job, and what's worse, he unknowingly moves into an apartment where a girl once committed suicide. Though as luck would have it, he discovers that she's still floating around, and is a lovely, kind ghost – the kind of ghost that Daikichi quickly falls in love with, physical body or not. Together, the two live day to day, having sex at every opportunity, and slowly falling deeper and deeper into love.

Hopeless boy falls in love with an undead entity.

Much more light-hearted, about the level of a shoujo.

Yuu and Mami are a young couple who decide to commit murder-suicide together. As the muddle-headed Mami struggles on a method, a bleeding Yuu resolves to try and wheedle his way out of their vow. Will either of them succeed?

Suzu: looks to be in her twenties; actually an immortal who has lived for 398 years. Usami Sakurou: looks like a 19-year-old; actually is a 19-year-old who helps his lover to commit suicide daily.

A Romance of One Moment

Mika is so desperate to see her dead friend again that she tries to kill herself. Before anything can happen, she is saved by two mysterious travelers...Together with her two companions, she embarks on a journey into an illusory world where hope and despair are intertwined!

Ms. Numata is a teacher at a junior high school. One of her students recently died, having supposedly committed suicide due to being bullied. However, Ms. Numata has a problem: the girl is still around as a ghost and won't leave her alone! All Ms. Numata wants is to enjoy the company of her italian boyfriend and go about her day, but that'll be hard given the circumstances!