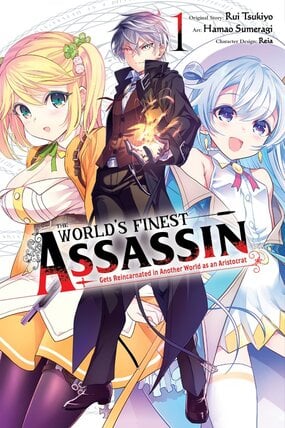 The World's Finest Assassin Gets Reincarnated in Another World as an Aristocrat, yet another long manga name and yet another garbage story. The manga focuses on the most accomplished assassin on Earth. After his final contract, just like in any Hollywood movie, he meets his end. But since it is not a Hollywood movie, but a Japanese comics, he gets isekai’ed to some other dimension, standing near the Goddess, who gives him two choices: ‘start a new life from 0, or start a new life, but with your past knowledge in a noble family with one small but. You will need to kill the Hero for me.’ Obviously, a person who has spent his entire life killing people, agrees to the Goddess’ request. And so begins the story of the most accomplished assassin on Earth in his second life. The story is rather fun, really. Lugh Tuatha Dé starts from a toddler, little by little accumulating knowledge about the new world, where you are supposed to have a great command of magic, so that you can succeed in assassination and many more. But he is lucky, he is reincarnated in a family of an assassin. Lugh meets new friends, who are mostly girls, who were sold as sex slaves, or left to starve to death. Together, they train to accumulate more money, power, get better at fighting and to pursue their interests. So far, nothing bad. An old assassin, who should have seen how ugly the world is, saves girls from truly miserable lives, they live together, train together and are like a family. You read the manga, trying to like the characters, understand the story, which is rather good, because there are many mysteries about it and everything is absolutely fine. The problem, is when fanservice kicks in, it becomes to longer possible to treat the manga seriously. I just cannot keep on reading the manga, when it shows a teen boy sleeping with two girls, who are 14 and when the boy wakes up he has a boner and one of the girls quickly comments on it, ‘if this continues, I will make sure to take care of it.’ The other girl quickly adds, ‘although, you call me your little sister, your body does not lie. You can all me a sister, but I can also become your lover.’ And it is not over yet, then the mother of the protagonist shows up and says, ’son , I want to see your boner.’ I am sorry, but what the hell is that? Cannot you just write a story without such stuff? I mean, fanservice is okay, if you do not overuse it. That said, I do not know what to say, I am disappointed, really.

Best assassin, with a success rate of 100% reincarnates as an assassin to kill the hero because of something he will do (don't remember). So the mc prepares by getting approved as the finest assassin in this new world, manipulates inspiring people with high potential to join his harem group, and dominating in different domains to have a great information network to find the hero. There is A LOT of ecchi, so much that I don't see any chapter without it! Nevertheless, it's a cool story if you like OP mcs getting more OP, not only in assassination but also in magic, business.. 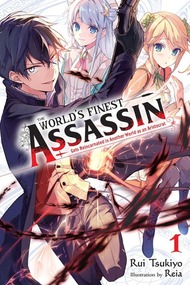 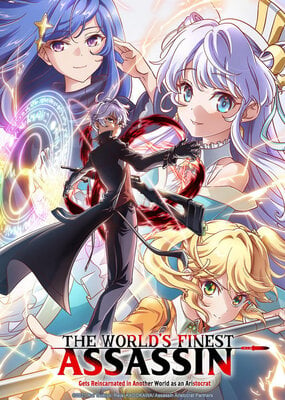