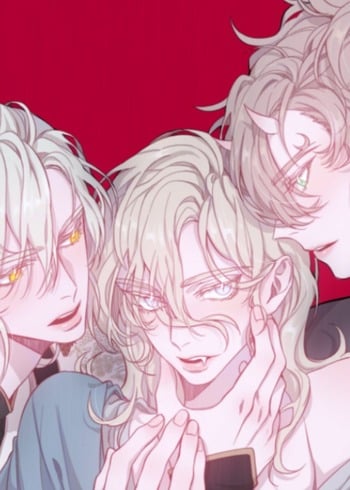 Fairies – the good ones, the mischievous ones, the nightmare-inducing ones. Nine is a special incubus and came to the world of the humans only one day ago. Will he adapt and find a way to stay alive, although he doesn’t gain energy from having sex with humans? Then he meets this hot professor…

Do-hyun is on the verge of dying every time due to Cha's constant gambit. Thanks to his guardian, a goblin, he barely manages to get through a crises. He falls in love with his guardian, but the goblin doesn't easily open up about identity or feelings... With two moments facing each other at different times, what is the fate of the two?

The half wolf Daniel Winter runs away from his lover, a high ranking Dragon, a day after his proposal, However, after a year, Ian finds him. "How did you find me? Are you angry?" "What if I am angry? Are you serious?" But now that I've found you, everything will change. running away, chasing, kidnapping, passion.

One day, on his way to work, Seojin meets a wounded man who turns out to be the person he had dreamed of that night. Mystified by the event, he takes him home. Who is the strange man who seems to be running away from someone? And who is the person named "Helio" that the man keeps mentioning?

An impossible crush, a wish to make a difference. Henry Kim, a 28-year-old private academy teacher, realizes that he has returned to the day he was taking he CSAT exam. Everything started with a phone call to his best friend Chance, who he had a crush on for ten years. When Henry received an invitation to Chance's wedding, he gets drunk out of a depression that he'd lose his best and and his crush and speaks his true heart on the phone. "I wish you never met Lucy..." As if his wish had been answered, Henry travels back in time to the point where Chance and Lucy had not met yet. Now, it's up to Henry to correct his hasty wish and put an end to his long and painful crush.

Ye-seung, the alpha wolf, meets his long lost brother, in a rural village where he has gone to rest. "My precious brother who was found after 10 years. Now we'll be together forever."

Cat hybrid Myunggu is sick of the lack of affection he doesn’t receive from his owner, Kyung, compared to the other pets in the neighborhood. When his recent attempt to kill himself ends in failure, he runs into the local dog that offers a way out of his current household, but is that really what Myunggu wants...?