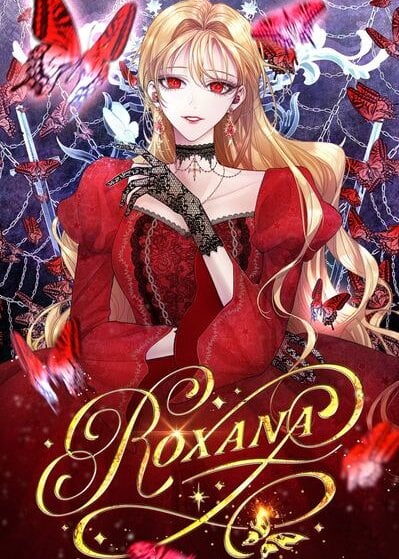 If you're looking for manga similar to The Way to Keep an Older Brother of the Heroine Safe, you might like these titles.

The two are about "villainess" characters trying to survive  in a nutshell. They are for the most part different though, one is about exacting revenge in order to survive while the other is by lending a helping hand to someone in order to save themselves from a bad end.

Both mc use everything at their disposal to achieve their goal, however they didnt cross the line and just straight became inhumane despite being raised/ experiencing hardships (being raised like objects to impress their father/ being framed and having to be killed because of your family)

The Fl of both stories is sadistic and clever, and yet not too Mary Sue either. Both are looking for revenge, and are willing to use any methods to achieve that goal. The families for both are messed up in some ways. The art for both manhwa are beautiful and high quality.

And best of all they both are a great fantasy manhwa with a strong female lead that (so far) doesn't involve a reverse harem.

Cunning and cruel female leads. Though Roxana is of course much more cruel and cunning. But still very similar.

reincarnation into a villainess. Both MCs decide to keep the villainous role (Way to Keep an Older Brothrt of the Heroine Safe more of an obvious villain where as Villain turns the hourglass she puts an angelic face on in public while being a villainess behind the scenes)

Both MCs are cruel, calculating, and intelligent. Their enemies are powerful and their families are psychotic, pushing them to be twisted themselves.

They are fighting with their lives on the line, and will not hesitate to do whatever it takes to come out on top.

A big similarity is the twisted families and the grim situations of the webtoons. Both have protagonists that are cunning and in the grey area for "evil". Both are "evil" out of necessity. Both have a lot of schemes going on. Both have a healthy dose of blood spilling every once in a while.

Summary: Both are dark and suspenseful, with cunning FLs, which make them both intense reads.

Extremely strong female main characters, calculating, and ruthless. They both have bad dad's too

These two manwhas have very strong, dominating female characters and are also very female-oriented, which not only makes the two similar but also really good reads.

The Princess Imprints the Traitor

The seventh imperial princess, Evenrose, once died. Her last memory was of the royal family was destroyed by the Homunculus, the rebelling slaves, and of her sister who had sided with the rebels and urged her to escape her painful execution by swallowing poison. But when she opened her eyes again, "I...I'm not dead." She realizes that she had gone eight years back in time, back to a time before her cruel sister Bridgette was chosen as the next emperor. Given the opportunity to prevent the fall of the imperial family by being chosen as the next emperor herself, she decides to write her own article about Michael, the king of Homunculus and the monster of public prison, in order to win the emperor's heart. "I need you, Michael. Very badly." Will Evenrose be able to get him and protect the imperial family safely?

If y'all like the crazy family being obssessed with human toys and slaves trope, these stories are both in the same route. And of course they both have the FLs being the only sane one in the fam.

I Tamed a Tyrant and Ran Away

The mangas are probably similar because of the MC's. They are both manipulative, kind, gorgeous and yet, pretty cruel. I love the characters in both because the Main Leads are OP but at the same time rely on the MC's.

I reincarnated into a romance fantasy novel written 10 years ago. On top of that, I became the villainess, Ayla, who cursed the female lead and was killed by the male lead. "Then, won’t it be enough if I don’t become a villain? I’ll live this life playing around like a jobless millionaire!” However… Before long, the days began to repeat because I didn’t act like the original villainess, Ayla. “Please stop Ruph…. The solution is simple. Become a real villainess. Riches, power, glory and men, you can have everything. If you want, you can even steal the crown and place it on your own head.” The seemingly dangerous and mysterious man spoke sweet, demon-like words into my ears. Can Ayla really become a real villainess in order to stop Ruph?Villainess maker, the devil’s captivating class to create a real ‘villainess’, has begun.

Both of these stories give off the same type of vibes. There both villainess and where isekaied into a book. Villainess makers female mc is more soft hearted then The Way to Protect the Female Leads Older brother. They both can be cruel or scary when needed. Both stories also have romance not to mention that the art in both stories is amazing! There are many similarity's in the stories as well as differences which make each story interesting to read and keep you waiting for more. I recommend this to any body who really enjoys a strong female lead with romance!

Set on a path to tragedy and misfortune from a young age, Aseph Randell is doomed to die a villain. That is, until the mysterious Elzay Tiathe appears in his life with a promise: "I can save you." After having vivid visions of him for so long, can Elzay untangle the twisted fate tied to Aseph... or will they both be dragged down together?

They both have amazing art, and their arts have the same vibe. Both arts have beautiful details and lighting. There's also blood in both webtoons. Both have a dark atmosphere to them, though for different reasons.

To be honest, the FL and plot of both stories aren't that similar. TWTKAOBOTHS has a much stronger and more cunning FL, while TVS has a softer one. TVS has a much nicer family as well.

But I thought the vibes were similar, especially the art, so why not recommend?

I Met the Male Lead in Prison

One day, I opened my eyes and found myself in... prison?! That's right. Out of all the characters I could've reincarnated into, I woke up inside a 19+ rated romance novel as the villain's younger sister. To make things even worse, I was locked up inside the infamous Kambrakam Prison for my brother's crimes. Deep within the very same prison lies Henrich Doran von Hel, who's rumored to be suffering from a curse that turns him into a beast. In the original novel, he's supposed to meet the female lead and spend an erotic night with her here in prison... but of course, the plot's gone awry thanks to my existence. What kind of future lies in store for me now that I've gotten myself tangled up between the novel's greatest villain and its male lead?!

Both deal with a male lead who is in prison/locked up, taken care by a side character in a r19 novel. they gave off similar vibes ;3;

When My Pet Became the Villain

The villain was reincarnated as an extra in a novel where she was destined to die early. What would you do if you were reborn as such? 18 years of living as a slave after being mistreated by her family. Just as in the original book, I succeeded in running away, just before my parents forcibly sold me to the villain. I also spent a short but happy time with Momo, a dog I met in a rural village. But three months later, the dog I pampered and took care of disappeared! I was then caught by my family and sold to the villain. However, just when I was expecting to be killed... “Why are you so surprised? It's me, your puppy Momo.”

Blessed with the face of an angel, young Sasha Tartt knows a life-altering secret: in this romance novel where she’s just a side character, she’s the only one who knows the true ending! When the antagonist of the story takes a particular liking to her, she must make a decision: help the clever and beautiful Rebecca find a happy ending, or side with the sweet-natured protagonist to ensure her own survival? On top of that, Sasha has to juggle the affections of her bespectacled love interest and tame a dragon boy! Can Sasha learn new tricks to win the hearts of these main characters?