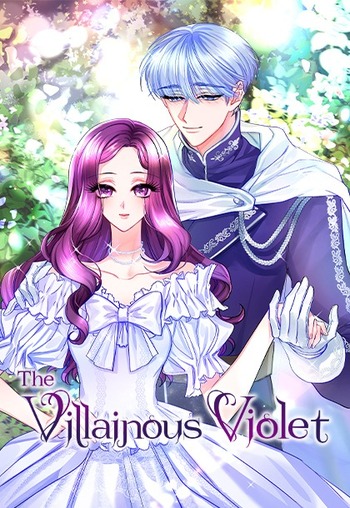 The storyline is kind of a mess. Everything is very rushed and forced. I read 16 chapters and in that time there wasn't a single moment spared to pause and explain a characters mindset very well or show someone following a well developed line of reasoning. The characters all felt really basic... except for Aaron. Pure favoritism on my part but I loved Aaron. He was so sweet and the only reason I read more then 3 chapters of this chaotic story.

While the art is very pretty... eyelashes. All I have to say about my bad rating is eyelashes. It unnerved the hell out of me. 😨

this is like you explained to a 7 year old kid what an isekai/villainess story is and they tried their hand at it. the story is sOOO rushed and the characters are so unidimensional. i read 6 chapters and they managed to fit SO MANY chiches in those, i dont think there are any more cliches left for the autor to use

Do yourself a favor and just avoid this altogether.

The plot seems like it's on steroids because it's moving faster than Lightning McQueen on a good day. There's nothing of interest or note in the first chapter ALONE and the author / story progresses like they're trying to catch an 11:59PM deadline and this is the only thing they can submit at such short notice.

its ok. not much more to say than that. everything is just ok. not bad, but not interesting either.

I love that the story doesn't really make the female lead perfect she has her own faults in the story, and would recommend for you guys to read it. The Story is interesting and the art gets you hooked, all the characters especially the antagonists are stunning and it makes you hate them less. Needless to say everyone is so gorgeous in this webtoon. As for the story, It's still on progress so I'm unable to actually know about it's flow yet, updates are specially slow so no comment about the story for now.