The Villainess is a Marionette - Reviews 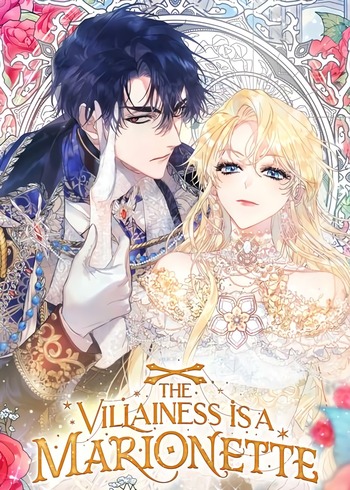 A regular girl in our world who read a novel and found herself mysteriously drawn to a villainess in it- only to realize, after dying and being transmigrated, that- oh, right!  She lived this life before.  As the villainess.  (Really, that makes our world the isekai and the fantasy world the one she's returning to back in time, I guess, kind of complicated) but bad things happened, the last time she lived this life.  Is there still time to change things?  Her struggles to try her best ensue.

Between severe family issues and past drama as well as time-period issues that make it hard to act as a woman, our female lead doesn't quite have to work her way up from nothing- after all, she is already the princess.  However, it isn't a walk in the park to guarantee her future, either.  When even her own blood-related brother is scheming against her and treating her like a worthless puppet.  Her own father views her as useless because she wasn't a demure woman willing to do whatever her betters (males) said.

It's going to be an uphill battle.  Even if she has to play along as submissive to get what she wants.  Patiently.  Slowly.  Manipulating things behind the scenes *cackle cackle* she is a marionette no longer~

My biggest issue with the manhwa is how they treat the male lead who has issues with intimacy and no desire to deal with such relationships as having a 'disability' and like it's just curable with a pretty face and the right approach.  Even if you're concerned about heirs/honor and such in an old fashioned setting, saying things like "his heart was literally sick" and calling it "his condition" in descriptions is pretty awful.  I think it's more of a personal issue, because I believe people who don't want to be in relationships shouldn't have to be.  Be free and aro/ace, my friends~ but I digress.  (I just don't really ship him with the main character.  Or anyone.)

The art is extremely detailed and great in about every single panel, the only reason I don't give it a straight up 10 is due to some of the stiff, awkward poses and camera angles.  Everything is shaded and detailed to a crazy extent, frills and lace and textures and highlights- but the basics could use work.  The characters are so, so pretty though.  Definitely good art.

1) Domestic Abuse, including pretty heavy handed childhood neglect and mistreatment, enough so that I would categorize it as domestic abuse and consider it worth a warning as well as referenced marital abuse and spousal murder.

Lots of characters have mental health issues in this one.

Sidenote: If you're planning on commenting something along the lines of 'what were you reading, a completely different manhwa??' please be aware there are about 5 different English translations floating around and some of them are very poorly done and the 'translators' just made up things for different panels, so.  It's quite possible we DID read different manhwas, in that sense. :)

Art is fabulous, it really depicts the expressions well and is beautiful. The story seems a bit off, but is overall good. The MC shifts into her character a bit too well, and so it seems a little odd, especially after finding out that she was Cayena in the life before the one in Korea. Then she dies in Korea and becomes Cayena again. It's unnatural at how calm she is. It's too early to start judgments further than that. You should give it a try.

As of writing this review, i've read this till chapter 28 and still waiting for more updates :/ so the review may change..

The story sure has it charms.. but sadly i think it's not planned really well. At the start, the MC is told to be "a reader" and know everything that might happen but.. she's too different from "a reader". And as far as i read, all the things that happens are too advantegous for the MC, it feels kinda bland :/ the cute moments between MC and his brother or the ML is too short and im not satisfied w it >:(

As all of u know, the art is soooo beautiful! I love all the details on the clothings!!! The character's expressions is on point, and the anatomy is quite good. Even tho some of the side profiles r kinda.. weird but it's okay ^^ The background was drewn beautifully too!

I quite like MC, ML, and the brother tbh.. but they're just too shallow as a character 😔 MC is too overpowered, even tho she should've been "a reader who knows it all" that doesn't mean she can be that OP.. and according to the prologue she might've been an employee in the last life.. and that's kinda weird if we see her now. The ML is cute, but his "sickness" is too easily cured (?), his actions doesn't really line up with his personality, and that makes me see him as a super shallow ML :(. The brother.. he's cute ngl, but.. HIS PERSONALITY IS SO SHALLOW TOO >:( and that makes him like a cannon fodder instead..

Should you read this? I won't stop u to read this.. it's a pretty enjoyable read, but i must remind u that u should just enjoy it, or u'll find the flaws bugging u.. like in my case 😔

If I was to describe this manga in one sentence " A manga with a goddess like fl who distracts you from it's other faults " . The artstyle is just simply gorgeous. The plot contains a lot of toxic characters but rest assured our Fl is not an easy target . I have read untill chapter 45 so far the manga has left an impression in me

The only reason why this story should have a high rating is because of the art. The art is gorgeous, which makes me depressed because it was wasted on such a terrible plot.

The characters are bland as hell and the story is plain boring. MC is boring. ML is even more boring. He falls for her immediately after the MC transmigrates over and starts going doki doki blush blush and acts all posessive and jealous. His brain has nothing but the MC and the kick is that the MC keeps pairing him with others (particularly OG FL) while he's pining after her. Ha.

I see people going "aWwWwW look at him bLuShHhHiNgGgG!!" ._. Once you look past the pretty exterior and see the story for what it truly is, you won't like it anymore. This is honestly the exact same case with When The Villainess Loves. Beautiful art gave it its high rating despite having the blandest story and romance.