The Villainess is a Marionette - Recommendations 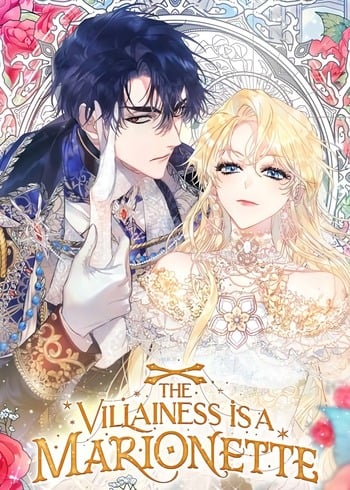 If you're looking for manga similar to The Villainess is a Marionette, you might like these titles.

Both are people who are tryuing to survive. Just read it if you like it, the only reason I'm typing this is because they demand at least a hundred characters in order for this to be saved.

In both stories the main heroin change her behavior after learning that in first life she was puppet and easily turn to puppetmaster.

These two are similar in the aspect of the MC, both protags are trying to change their fate and both are reincarnated as a villainess. I recommend both, as both have beautiful art and storylines!

Aidin, the esteemed daughter of a duke, is the Emperor’s assassin and the leader of ‘Owl.’ For giving everything and serving her Lord faithfully, she was betrayed and sentenced to death by guillotine. Abandoned by her Lord, her life came to an end, yet the moment she opened her eyes again, she realized she had returned to a time when she was still only 17. In order to get her revenge, she decided to destroy Ferdi, a country that the Emperor cherished more than his life. "You are beautiful, Milady. Especially those red eyes of yours." The man who personally sent the order to have Aidin executed, the Prince from the enemy country, Diceon, unexpectedly began to interfere with her life! The story of Aidin, the woman who was abandoned by the Emperor and was given a second chance at life to get her revenge and to destroy her home country, now unfolds!

In both stories FL back in past change their future.In both as well ML is interested in FL how whe look so week but be be strong at the same time.

The Princess Imprints the Traitor

The seventh imperial princess, Evenrose, once died. Her last memory was of the royal family was destroyed by the Homunculus, the rebelling slaves, and of her sister who had sided with the rebels and urged her to escape her painful execution by swallowing poison. But when she opened her eyes again, "I...I'm not dead." She realizes that she had gone eight years back in time, back to a time before her cruel sister Bridgette was chosen as the next emperor. Given the opportunity to prevent the fall of the imperial family by being chosen as the next emperor herself, she decides to write her own article about Michael, the king of Homunculus and the monster of public prison, in order to win the emperor's heart. "I need you, Michael. Very badly." Will Evenrose be able to get him and protect the imperial family safely?

Only after Empress Lizzie died did Emperor Leon realize his foolishness and regret it late, but the clock had already passed. With Leon's wishes, the Witch of the Clock Tower turned back time to the day Leon first met Empress Lizzie, and all that was left for Leon, who had returned to the past, was to make Lizzie happy. But the influence of turning back time was greater than he thought. Will Leon be able to make Lizzie happy?

It was the end of a sunny summer day. In the hands of the tyrant, father, mother, brother and my neck went under the guillotine. And when I opened my eyes, it was my 12th birthday. Before the 13-year-old young Emperor became a brutal tyrant, I had to somehow become a god next to the man. "I'm your maid of honor, so I'll follow you." "I don't have much. And I don't own you." To live and to save my family, I have to be in the eyes of that tyrant who didn't believe in humanity. Only then I can live. But that horrible monster is starting to change. "I save what I lose in my hands. So don't hurt yourself without my permission."

One day, the world transformed into a game. 'Dungeons' and 'monsters' emerged in the middle of cities and 'players' who had received the gods' authority appeared. Se-jun Lee, the guildmaster of the Messiah Guild that would bring salvation to the world. "Let us save the world together, let's put an end to this nightmare." The whole world celebrated the hero's appearance and I became his comrade. But...He wasn't a hero nor a messiah like the world was hailing him. He was a deceitful hero with the secret ambition to rule the world. "You did well. If it weren't for you, I couldn't have come up till here." I lost my life at his blade in the last dungeon...., or so I thought. The announcement I heard next to my ear the moment I died. [Starting the game.] I returned to the past, back when I still hadn't awakened as a player. And this time, It's my turn...... to 'hunt' him.

I Tamed a Tyrant and Ran Away (Promo)