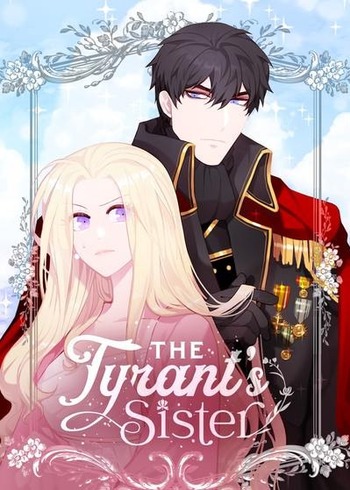 The heroine is fresh and enjoyable but the main love interest is so dull and aggravating. We never really see the themes of her past life showing through - it's like the author forgot, just seems like a filler starter.

The art is gorgeous.

The antagonist step sister is way to overplayed.... The little brother theme is cute though.

I had a lot of hope for the story but so far it's just like so many others...

Other than that... There is no genuine meat to the story. It's pretty boring really.

Personally I didn't enjoy the story that much at all.

All the characters annoy me and the author seems to forget that the main character was actually reincarnated but we see very little of her previous life. Everything seems too cliche in this novel and the plot seems very fleeting and unstable.

WHY IS NO ONE MENTIONED THAT THIS MANWHA ART LITERALLY WHOLESOME MEME?!

I personally been holding myself to stop screenshotting every panels because well we gotta save good meme right?~ hoho~

(i know both of the reviewers said that the art funny and gorgeous. Chill)

Anyway, who cares about this and that. The manwha so far easy read and hilarious. I would say this one suitable to cheer up our empty rotten soul. Until i have a change of heart and this manwha become boring, nothing gonna change my opinion.

Have a great day!

It's hard to describe, but I just didn't like it

Title is messed up, its mainly a story about a woman who spread her legs after looking at men for 2 sec, first thing i see is a woman who sleep with a dude after randomly meeting him..... Where is the little brpther the title speaks of, om sure its not the dude whos pounding the living hell out of her and who just meet her.

Not sure if the writer is a mentally challenged person, who dont understand in a middleaged world where its no contraseption or abortion, and a place where reputation can mean life and death, would it realllllllly be so smart to be like " oh a pretty man, hello plwasr fuck me"????

Title for this manga should been "pregnant floosy who for dossowned after a one night stand" would been more realistic than trying to imply this woman who jump in bed with people she just meet and no way of having any contraseptions and yeah it just ruined it for me to be honnest, christ wouldnt be far fetched if they also went " after the sex a abortion fairy appeared and plopped the baby away".