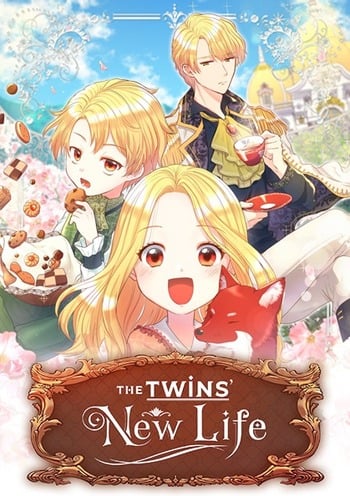 for people who claims to be 23 years old in there past lives, they literally act like 5 year olds.

like even when the second prince tried to explain the situation hey won't even listen, talk about EXTRA weak MC

I love the art, but the stubborn personalities of the twins gets on my nerves, technically they are 23 year olds who revive back into the body of 5 year olds who claimed to be abandoned by the emeperor there father (when it was there mother who kept them "captive")....their so goddamn naive it breaks my heart, they literally resent the emperor just because they "think" he cast them aside, when that's not the case, their dumbass are falling into a baseless trap....jeez reading this like like trying to fill a bottomless jar. The twins don't even communicate with the people around them, they just believe whatever they want. SO STUPID, I can easily tell when someone don't like me even if there being extra nice and shit.

i understand that they got abused by their so called nonhuman "mother" but they are so weak. People who are usually bullied become either "strong" or "more dense" instead of talking out how they actually feel, they let the misunderstanding continue.....🤦🏾‍♀️🤦🏾‍♀️
OMIGOSH!! Overall a 6/10

it's common for people who are abused to have trust issues, but these two idiotic no backbone son of a beeeeeeitch put there trust into the wrong people

They literally know no one inside the palace and there dumbasses over here mistakening generous kindness for hypocrisy....idiots

(i hate it when author thinks the readers what a strong MC/FL they make them into a villain, like u don't gotta be a villain to be strong, u just gotta know when to fight back or when to let people run there mouths -dis from me reading way too much isekai manhwas)

The story will be more tolerable if they just delete the reincarnation aspects in this comic. If they are ordinary twin maybe i can accept how they react towards other people in this comic but for someone who claim that they both already in their 20s ,they really act like an asshole. Time to drop this.

I see a lot of people going on about how they act like 5 year olds when they claim to be 23 year olds, but you guys have to remember, they were abused for five straight years and since they were in child bodies they were also helpless. Because of this their mental age probably deteriorated. Abuse does these things to you, guys. Especially when you can't do anything about it! I have also noticed people saying that their weak and because they were abused they should get "stronger" but how can they do that when they have so much trauma. Also, they probably place their trust in the wrong people and mistake kindness for hypocrisy because they have been put through pure misery for five staright years and haven't felt kindness in a long time.

I think this manga might be for children? Honestly I don't even know what to say anymore I read 65 chapters, and it was all just very odd to me. The storytelling is overly simplicitic, and stylized in a way that reminded me of the cartoons I used to watch as a kid. But there were also a few mature themes, that messed with the vibes of the over arching storyline but then even the most explicit scenes were presented in a dumbed down way. It was all just very strange with mixed signals everywhere, and part of the reason I even forced myself to read so far into a manga I didn't like was because I wanted to figure out what frustrated me so much about this.

Well I figured it out and I have just one question left for the author-nim. Exactly who was the targeted audience here? Young adults or children? Because I feel like in trying to reach both you found neither.

Its not often i say this but these two are on my top 5 list og unlikable MC characters, in the start they mother abuse the hell out of them and they act all good, but when she dies and people who show care for them come they act like trash torwards them, made me wish their mother ressurected to be honnest they didnt deserved better .