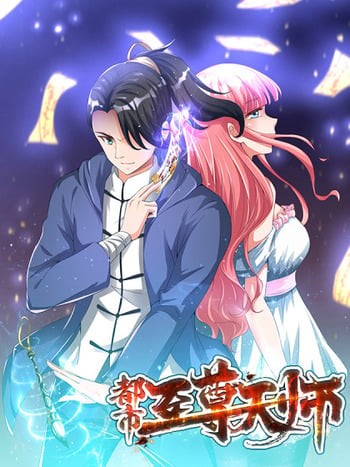 If you're looking for manga similar to The Supreme Urban Heavenly Master, you might like these titles.

Back to the Earth

Ye Tian, a celestial being with cultivation of six hundred years who failed to get through the disaster to become a real immortal, was reborn on the earth with the most valuable precious Nine Heavens Divine Stone. His fortune was lost, his family was destroyed and his wife was killed, but blood will have blood! Suppressing masters from different places, defeating those rich and noble families, and bringing the ancient schools to ruin, he can get all the money, beauties, and power as long as he wants. Let’s see how he will counterattack each powerful group!

Housekeeper is the Magic Emperor

Skyfire Avenue is a street that is 2048 meters long. There are 168 stores here, and each of the store owners is an extremely powerful adept. The Avenue does not permit any vehicles or any robots to pass through it, much less mecha. Even the patrolling police must move about on foot. This is because this is a street for pedestrians, a lane for nobles, hidden away within this high technology world. Lan Jue, the greatest of the mercenaries, code-named ‘Zeus’, has secluded himself here in Skyfire Avenue after the death of his wife. The name of his shop is “Zeus’ Jewelry Store”, and here in Skyfire Avenue, he has been given the title, Jewel Master.

10,000 years have passed since the end of the battle of the Douluo plane with the Abyss plane. The abundant energy of the Abyss opened the door for soul masters and spirit beasts in the Douluo plane to reach knowledges, power, and ranks that were once impossible to achieve. The humans of Douluo Plane conquered the space and discovered other planes. The expedition of scientists from the Federal Research Institute roaming the northern ice land found an egg with wavering light of gold and silver. A kind man, Lan Xiao who led the expedition, hatched that egg and a cute baby boy came out. He decided to adopt the child and named is Lan Xuanyu.

In a world where strength decides everything, people can awaken special powers by killing others. The protagonist, Bai Yi, became a "doctor" to heal the wounded and put a stop to evil... only to find out that there is no such thing as absolute justice or evil.