The Summer of the Ubume (Novel) - Recommendations 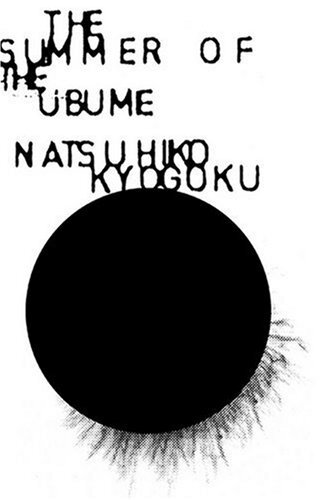 If you're looking for manga similar to The Summer of the Ubume (Novel), you might like these titles.

It has been three years since the calamity of 1998 that claimed the lives of many in Yomiyama North Middle School's class 3-3. Sou Hiratsuka will now have to work with survivor Mei Misaki to avert a new disaster.

A mysterious videotape warns that the viewer will die in one week unless a certain, unspecified act is performed. Exactly one week after watching the tape, four teenagers die one after another of heart failure. Asakawa, a hardworking journalist, is intrigued by his niece's inexplicable death. His investigation leads him from a metropolitan tokyo teeming with modern society's fears to a rural Japan--a mountain resort, a volcanic island, and a countryside clinic--haunted by the past. His attempt to solve the tape's mystery before it's too late--for everyone--assumes an increasingly deadly urgency.

Dr. Ando who has yet to recover from his son's death at sea, conducts an autopsy on an old friend who has died under unusual circumstances. The corpse, that of cynical philosophy professor Ryuji Takayama, has something to tell him.

In Loop, the killer mimics both AIDS and cancer in a deadly new guise. Kaoru Futami, a youth mature beyond his years, must hope to find answers in the deserts of New Mexico and the Loop project, a virtual matrix created by scientists. The fate of more than just his loved ones depends on Kaoru's success.

Traveling in-between the world of the living and the twilight world of the dead, Akamushi,the shaman is known as the Red Spider Exorcist. With the powers of a giant spider, he combats the demons of the netherworld. When career woman Megumi is suddenly pursued and attacked by unholy demons, she seeks Akamushi's help. But as it seems, the minions of the underworld may also be too much for Akamushi to handle. But why are these creatures of twilight after her? What truths will unravel about her true self and everyone around her? And what of Akamushi—can he use his unique shamanic spider-like powers to cast out and purify himself from the demon scourge?

The story centers around Kujaku, an exorcist with supernatural powers. Kujaku is suddenly transported to Japan's Sengoku Era. He must fight against a curse that has created Youkai.