The Strongest Sage with the Weakest Crest - Recommendations 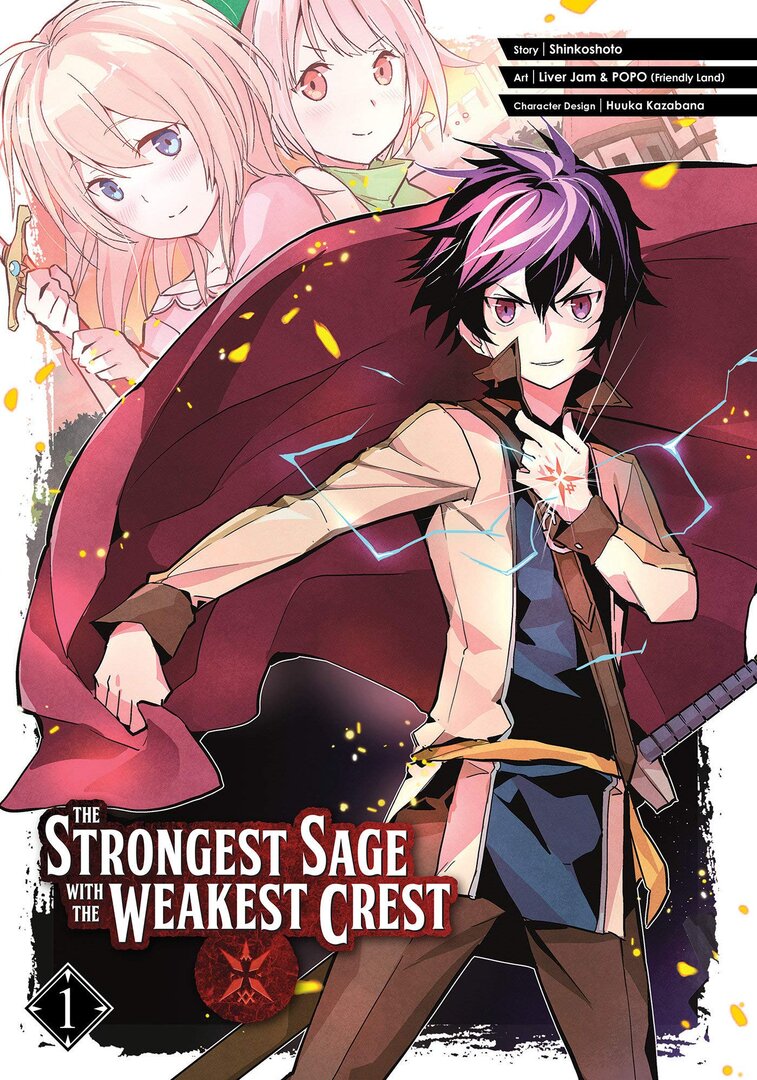 If you're looking for manga similar to The Strongest Sage with the Weakest Crest, you might like these titles.

Junk, a young knight that tries to distance himself from the shadow of his legendary father and future expectations.

both books are about boys who never give up, and becomeing a sage(but one reincarnated, and the other was born a son of a sage).

Shiina Kazuya, our protagonist who got killed by a stranger when he tried to protect his childhood friend and little sister, reincarnated into Cain Von Silford as the third son in the world of sword and magic. Cain grew up being surrounded by Gods who doesn’t know self-esteem, the upper noble and the girls who are swayed around him. Being given so many protection from the gods, he overcame any obstacle (aka Flags) while hiding his unbelievable status. The noble path fantasy story of a young boy who sometimes wicked and clumsy.

Magnus is a mage who would always get orders barked at him by the Hero because he was deemed "useless". One day, after getting fed up with his party, he resigns. Upon leaving, he meets a merchant that sells him a mysterious book. As it turns out, this mysterious book written in the god's language was actually an ultimate "strategy guide" that had lots of useful information on how to defeat the Demon Lord! Thanks to that book, he is able to learn about boss monsters' weaknesses and raise his level more efficiently, on top of having data about important people (and the best food in any city) at his fingertips. By using his wits and scheming mind, he's even able to outclass the hero's party! With the ultimate encyclopaedia in his hands, he advances to the true route to defeat the Demon Lord!

An old person who has piled up good deeds in Japan reaches the end of his life, and is reincarnated into another world as Lean Olgott, the grandson of a certain king. One day, the boy, who was raised showered with love his family, noticed that he had been bestowed the title The Child Loved by God. He disregarded it for a while, but gradually, the abnormality of his own abilities became evident. Magic power that far surpasses that of ordinary people, conversing with plants……. the cause for all of these, as expected, was that title!One night, Lean Olgott, who wished for a peaceful daily life, was called out by a legendary sacred beast, and life completely changed–!

Touya Mochizuki, a 15-year old student was accidentally had his life taken by God. As an apology for his mistake God let Touya start a second life in a parallel world. Touya is revived in his former body with some power enhancement and he is allowed to take and use his smartphone in the new world. He comes across various people while making important comrades and before the Hero is aware of it, he has discovered this world’s secret. He inherits the legacy of an ancient civilization and he goes around the world nonchalantly while having power that matches that of the kings in this world.