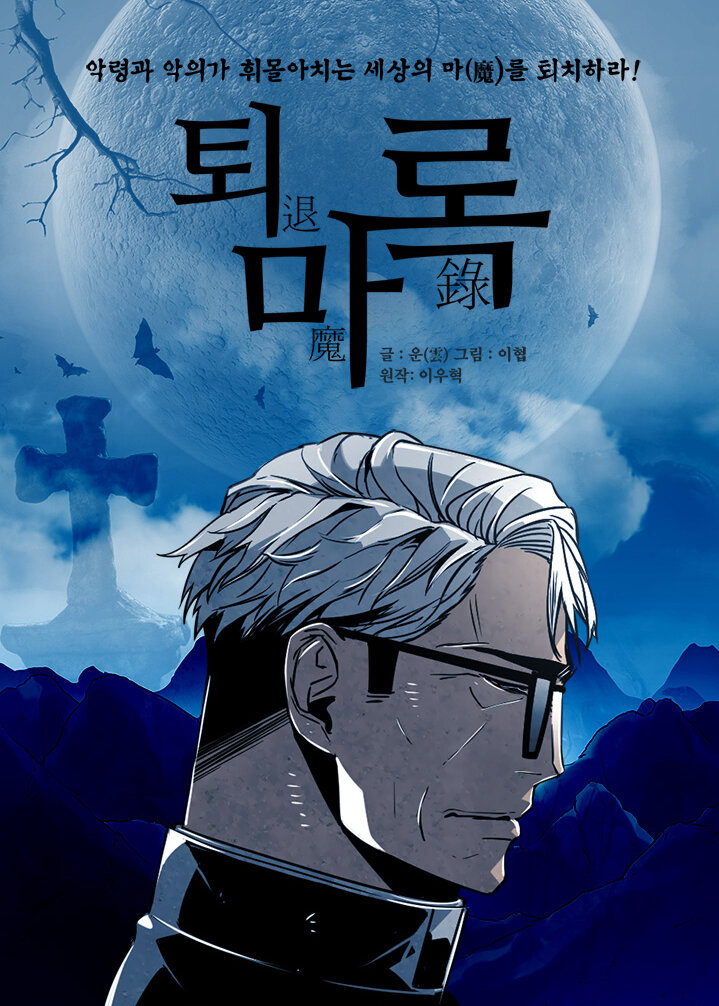 Philip, an exorcist, is suddenly thrust into a bunch of supernatural murder cases — that all seem to be the result of one person, Lucifer. Philip, having previously been tortured by Lucifer, vows to get to the bottom of these murder cases and set things right once and for all.

With the power of his right arm, the main character, Woo sukwang, who has always had a good fight and always devour the best at each school he attends, is a legend among his high school peers. However, his wish is to live an ordinary life just like everyone else. Then, by chance, he met the head teacher, Park Soo-ho, turns out that he was an exorcist, and he said he would teach him how to control the right arm of the good man. The condition is that he joins the exorcism club.

Rasetsu Hyuga works for an exorcist agency where she uses her special powers to banish evil spirits. There's a story behind the red flower mark on her chest though--it's a memento left by a powerful spirit who vowed to claim her on her 20th birthday. Unless Rasetsu can find true love by then, she is fated to become his... Yako Hoshino, a young man with spiritual powers of his own, comes to the agency seeking help with a possessed book. He's seen a lot of strange phenomena in his day, but the last thing he expects to see is Rasetsu bearing a striking resemblance to his old love Yurara!

If there was a bad luck contest, our heroine would win hands down. In addition to living alone, abandoned by her family, she is harassed night and day by ghosts. Fortunately, the wheel is turning. One fine day, three brothers arrive at her home and claim to be shamans specializing in exorcism. From now on, they do everything to protect the supernatural!

In a world of shamans, gods, ghosts and other mystical creatures, the illegitimate son of a prominient general, Hong-do Lee grows up to be a powerful exorcist. When he decides to abandon his job, he becomes the target of bounty hunters and stumbles upon a plot that threatens his life and the fate of the world.

Zion, a girl that is always taken advantage of by her friends because she is so shy and timid, is approached by two people who asks her strange questions about whether she believes in Confucianist moral doctrine and in the end she is bowing and performing sacrificial rites to ancestral gods. It’s shocking enough that the daughter of a pastor is possessed by a ghost, but what’s more shocking is that this ghost is a young oppa who sports a fashion that surpasses most of the outstanding looks of bachelors and rockers! From this day on, Zion’s life changes forever. From a shy and unsuspecting high school student, she turns into an exorcist.

Childhood friends Seunghwan, Dohee and Sangmin continue their cherished friendship even when they entered high school. However, Sangmin has disappeared due to the appearance of grosteque creatures called Goei (Gui)… As they search for their friend Sangmin, they found a few secrets… Will Seunghwan be able to bring his childhood friend back?

Pinocchio prequel ~ This little series tells the story of the 1st winter Ga On became a ghost.