The Shape of Your Love - Reviews 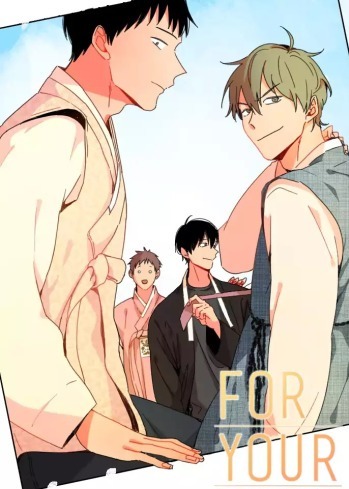 For Your Love is a story that I think everyone who likes Shounen-Ai needs to read. The story/characters/events that happen in this story are so unique in my opinion as they are so true to life and offer such a rich depth and reality to the relationships both in the story as well as the world. I'm an American but I have seen other people say that this is incredibly acurate to east asia (specifically Korea) in terms of how something like this would be percieved by the characters.

Alright, the biggest thing to understand about this story is that it is a SLOW BURN. It is... very slow, but that is also what makes it so good! If you need smut and fast yaoi type beats, then this won't be for you, but if you are reading because of a love for romance, then read this immediatley. What's amazing is that you get to follow and see how the characters come to terms with their feelings and interactions in both selfless and selfish manners. I think that the character of Park Moongyeong is the guy that manny of us were in school (maybe I'm projecting). The way he describes his feelings and how he thinks about the situations he's in feels very similar to someone who knows that their feelings aren't really on the table and the looming fear of coming out. There's also a great deal of satisfaction watching Jung Yohan transition from a cynic to a helpless love-obsessed puppy (but remember, slow burn).

Overall this is the kind of story that should be looked at by future authors for how to create realistic, compelling, and relatable characters. If you have the patience you also get a massive reward for your time. Though when I'm writing this For Our Love is still needing the last 6 chapters translated, watching those two after they're together is the ultimate reward.

It's quite realistic and very enjoyable!! it makes me feel so many emotions pls they make me feel so single.

I love this story alot and its very worth reading. The author also draws the expressions very well.

I am so happy I read this as a completed manhwa because this one burned real slow. I liked that though. I'm a fan of slow-paced love stories. The best thing about this was the characters (esp my bb Kwon Yuri)