The Secret of Rakutadou - Recommendations 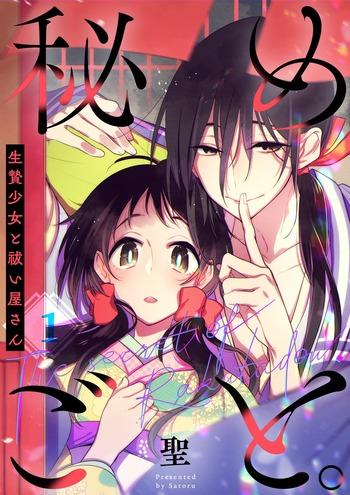 It's the Heian Era in Ancient Japan, after numerous disasters and rebellions, The Emperor Suzaku believes Heaven has abandoned him and his advisors secretly consider ways to replace him, meanwhile, the sorcerers known as Onmyouji are dragged into a series of fights against demons summoned by mysterious curses. They will have to delve deep into conspiracies to discover the true nature of these cases.

“A grudge is a sentiment that is chained down and cannot move. That fixed sentiment becomes sadness, and when that sadness remains chained with no escape…it becomes hostile…” Baek-On and Ho-Yeon are exorcists-for-hire, traveling throughout the country in search of grudges and ghosts. Each encounter reveals a story of tragedy and loss, sentiments they are all too familiar with themselves. But sometimes the violence of the most murderous spirits is nothing compared to the cruelty of the living. Brush sleeves with death in this beautifully-illustrated collection of ghost stories.

Zion, a girl that is always taken advantage of by her friends because she is so shy and timid, is approached by two people who asks her strange questions about whether she believes in Confucianist moral doctrine and in the end she is bowing and performing sacrificial rites to ancestral gods. It’s shocking enough that the daughter of a pastor is possessed by a ghost, but what’s more shocking is that this ghost is a young oppa who sports a fashion that surpasses most of the outstanding looks of bachelors and rockers! From this day on, Zion’s life changes forever. From a shy and unsuspecting high school student, she turns into an exorcist.

Rasetsu Hyuga works for an exorcist agency where she uses her special powers to banish evil spirits. There's a story behind the red flower mark on her chest though--it's a memento left by a powerful spirit who vowed to claim her on her 20th birthday. Unless Rasetsu can find true love by then, she is fated to become his... Yako Hoshino, a young man with spiritual powers of his own, comes to the agency seeking help with a possessed book. He's seen a lot of strange phenomena in his day, but the last thing he expects to see is Rasetsu bearing a striking resemblance to his old love Yurara!

After playing Kokkuri-san, a game which enables this world and the spirit world to communicate, 16-year-old Miku is attacked by an evil spirit. Is it just a coincidence that ghosts then, start trying to kill her?...or is it not? Can her classmate, Kanyama Riyou, an exorcist from a Shinto Shrine be able to help save her life?

Shinobu is a school girl that possesses the powers of an exorcist. She lived with her grandfather, who has died. leaving his church to her. It was her grandfather that helped her control her power in order to use it in service to the church. Now that she is alone, an uncertain future is before her. But wait, the new transfer student, Rihito Konoe, suddenly declared that he is a disciple of her grandfather's and that he will be aiding and protecting her. What is strange is that she doesn't remember her grandfather having a disciple. Who is this person really?

One day, Hirazono Satsuki, while walking home from work, finds a girl in a garbage dump. He ends up taking her home and she introduces herself as Riene, an exorcist. She is on a quest to find somebody who took care of her before, a girl named Satsuki. Could he be the same Satsuki?

Who's the Real Demon? The Naughty Exorcist and His Captive Demon

A female demon is held captive by Mutsu, a handsome, ruthless exorcist with a horrible personality. Given the bizarre name, "Soul," she is forced to help Mutsu with day to day chores as well as finding clients for exorcisms. One day, she tries to escape while Mutsu is asleep, only for him to wake up and force himself onto her. As his hands wander under her clothes, Soul, unfamiliar with her own body, is unable to contain the pleasure she feels. She melts into a puddle after her first "mating" experience... especially after seeing certain expressions on the face of such a brutal man!A love story between a sarcastic exorcist and an optimistic demon!