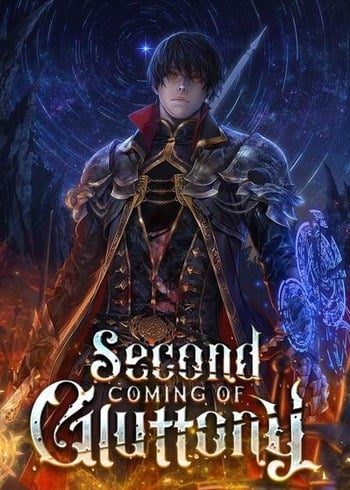 If you're looking for manga similar to The Second Coming of Gluttony (Novel), you might like these titles.

Red Storm follows the life and adventures of Yulian Provoke, the Young Glow (Glow is a title similar to Chieftan) of the Pareia Tribe, who dreams of becoming the strongest warrior of the Red Desert. The early parts of the story focus on Yulian meeting Noya, a powerful man from a different dimension, who later becomes his master and teaches him a unique martial art. As the story progresses, the novel tells of Yulian’s goal of creating a team of warriors strong enough to solve any problem called “Red Storm”.

The successor of the Spear Master Sect and his apprentice Hyuk Woon Seong were framed of learning a forbidden Demonic art and slayed. A helpless and pitiful death by the hypocrites of the Orthodox Sect. The moment Woon Seong faced his death, the artifact of the Spear Master Sect emitted a light and gave him a new life. The life as Number 900, a trainee of the Demonic Cult! The two identities, the Orthodox Sect and the Demonic Cult. But his objective is one. Vengeance! Accepting his destiny and remembering his grudge, Woon Seong trains in martial arts and his time of revenge slowly comes closer….

The second moon marked the beginning of a revolutionary change. With the emergence of monsters and dungeons in modern society, and the ability users who fight against them, the world faces a shift in its paradigm. It heralds the advent of a new energy source and the decline of traditional occupations. Common sense thus becomes warped and imagination becomes reality.

In grade 6, Choi Hyuk killed someone. He then promised his mother that he would never fight again. He spent his school days being bullied and blankly staring out the window. One day, a ring appeared in the middle of his classroom. Choi Hyuk, now a high schooler, who had spent his whole life atoning for his sins was now faced with a decision, to kill or to die.

After taking revenge on the Demonic Alliance, which took away the lives of his family, Heavenly Demon Zhang Hu revives with his memories intact.

One day, our MC finds himself stuck in the world of his favorite webnovel. What should he do to survive? It's a world struck by catastrophe and danger all around. His edge? He knows the plot of the story to end, because he was the sole reader that stuck with it.

[‘Lightning Magic Primer’ has been consumed. Your understanding is very high.] [The 2nd Circle magic ‘Lightning Bolt’ has been acquired.] The unprecedented magician who will eat all the magic books of the world has appeared !