The Scandalous Secret of the Crown Princess - Recommendations 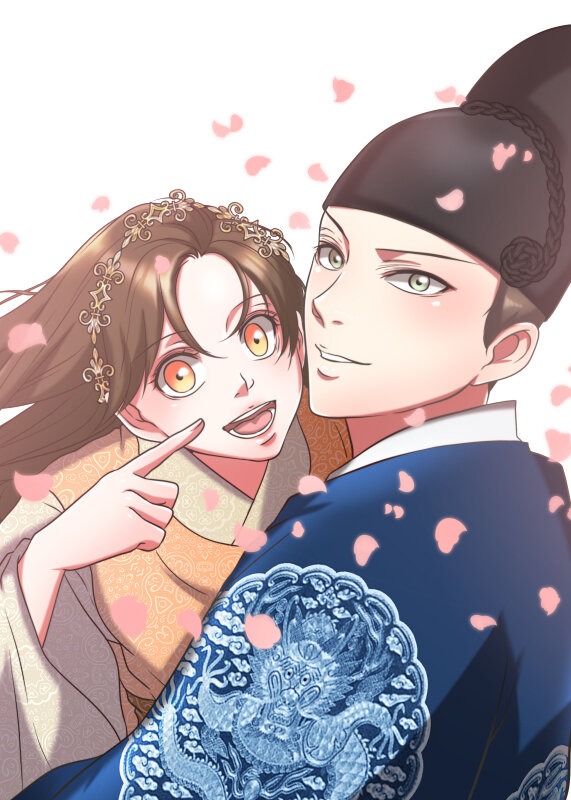 If you're looking for manga similar to The Scandalous Secret of the Crown Princess, you might like these titles.

All families in the country follow the paternal line, but only one imperial family inherits the throne from the mother to daughter. And nobles who want to win the eyes of Empress by raising the son. Prince Seon-yo is thrown into the imperial palace where even love is scourge. she has to choose Who will be the prince's filial piety? And when everything is over, will Seonyo have both power and love?

Amadionte Elvin, the first female to join the Royal Guard as a knight, becomes the guard for Prince Theonel Gavadien. Amadionte has to fight prejudices against her as a female Le knight, who the Royal Guard only uses as a pretty figurehead, not for her sword skills and wits, and her powerful father just wishes her to act lady-like and find a noble husband. Prince Theonel has his problems, as he is caught in a vicious fight for the throne, regardless of his disinterest. Under constant threats of poisoning and murder attempts, he has to learn to trust Amadionte with his life. The first step is revealing his one secret, that he is also Pispanne, the renowned fashion designer that's leading the scene in the kingdom... Can this unlikely couple of misfits find a way to become and live as themselves, even if it means escaping from the kingdom they call home?

The Flower That Bloomed by a Cloud

Hong Lyon, a pitiful young princess with only a title and no authority, meets a young boy named Do Un, who offers to help her become a true royal princess.

Kim Sohye's life changed after being chosen as the empress. Unfortunately, Shoye's life after marriage is not exactly happy. The king who previously had a concubine doesn't love her and always insulted her. The concubine turned out to have evil intentions to the king. But, slowly but surely the king begins to feel the empress's sincere heart. The feeling of their love began to grow like a flower in bloom. How does their story continue? Will the empress be strong and fight the king's concubines?

The brave princess attacks the sexy king? The princess marries off to a royal family from a far-away country, and then notices that her fiancé is a savage pervert?! Not only does she have to resist against the ruthless prince, but also has to hide from an evil assassination! Meanwhile, the king shows off his compassionate side to the princess…

When the emperor murders the python, god of the waters, a curse is put over the Cha Kingdom preventing men from succeeding the throne. So begins the reign of empresses and the endless struggle against men who try to control the kingdom. After all her sisters are killed by the hands of Yom, the young Empress is seated on the throne. Rather than performing her duties as a ruler of a kingdom, the empress spends her days and nights drinking and sleeping with different men, whom she all executes immediately after. The people call her the Blood Empress, attributed to her violent behavior and the red hair, which is dyed with the blood of the men she killed. One day, the Empress meets a handsome and intellectual young man named Kanghee. As she picks up her sword to kill him, Kanghee convinces her to spare him and begins to captivate her heart by telling her stories he's read from a book. As the empress gets closer and closer to Kanghee, she begins to change her violent ways. Is he someone she can finally put her trust in? Or is he not?

There is a saying in the imperial palace of the Yin Dynasty, "If you see the princess in the palace, you must avoid her!" Although this princess has amazing beauty, she is jealous and poisonous, and she has tortured countless people, gaining her notoriety. But the imperial concubine's unscrupulous evildoings are for only one goal: to hear the emperor confess his love and make her the queen! Faced with such a woman, how will the emperor parry?

For thousands of years, humans have worshiped the gods of the heavenly world, but faith has been on the decline since a celestial last graced the earth. That is, until a scorned princess with a target on her back is miraculously rescued by one. Hunted down by soldiers from her own nation, Princess Chaeyeon is in a desperate battle for her life. As if to answer her prayers, a mysterious man with wings swoops down from the sky, whisking Chaeyeon away to the land of Mount Kunlun, home of the Great Celestial Phoenix who will soon become her husband. Blessed with this unprecedented opportunity, Chaeyeon is determined to become the Celestial Bride and right the wrongs of her past. In doing so, she may just change the course of her fate, both on Earth and in Heaven.

Brides for the King

In the Chaehongsa, a Kisaeng House serving directly for the King, works a man who disguises himself as female.