The Rising of the Shield Hero - Recommendations 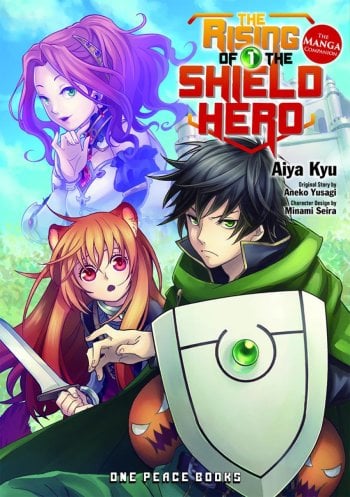 If you're looking for anime similar to The Rising of the Shield Hero, you might like these titles.

Slime and shield are about as similar as stories can get without being the same story.  Similarities: develop territories/cities; loaded with healing and support powers; video game like fantasy world with skills, levels, and a game hud; both are too an extent detached from most the other humans but are emotionally closer to Demi-Humans and monsters; both ostensibly start off at the lowest rank and/or essentially on their own with no support from others, organizations, or nations; both deal heavily with biases, prejudices, misunderstandings/false allegations, and the butt of others’ jokes as the weakest and most useless; both grow powerful enough to rival demons and gods; both have a bit of a cynical, disinterested, and practical outlook on life and any one they encounter; and it is implied both game from deaths or near death in their previous worlds, and quite a few other similarities.  Differences are a bit harder but one is human and one is monster but both are often called or treated as evil monsters.

Personally, I like the shield story a bit better for a few reasons.  Shield outshines Slime in the following ways:

1.  It has better writing, and whether the translation is better or the original writing, I can’t say definitively;

2. It has better characters, shield spends way more effort developing characters.  We learn way more about them and their past;

3. The development of the land is a bit more practical and obviously done for the residents;

4. Land development starts with far less and much later in the story.  He only has a handful up to 70 life forms when he starts;

5.  Shield technically starts much weaker.  He has greater handicaps and no initial useful cheat skills.  Where slime starts isolated and no one knows he exists, shield starts off hated with all the resources he should have started with denied;

6.  Shield progresses far deeper into the story and the world he lives in.  There are more books written about it.  There are more lands, creatures, historic events, backstories, and a far richer tapestry of the alternate fantasy world he is summoned too than slimes;

7.  Shield is much more realistic and believable than slime.  Things way too often work out way too fast and conveniently in slime.  Character wise and depth of world wise, it has way more material to work with.  Where shield gets treated unfairly like crap for no practical reason without any justifiable means to even defend himself from accusations and responds in a way quite a few of us could understand especially for anyone ever mistreated;

8.  For reasons mentioned in point 7, shield has more to connect with people than slime, while slime is a more wishful thinking type of setting.

Shield does something rarely seen right from the start, he reacts believably when under duress.  It is something I simply don’t see enough of where too many characters flip sides and never face reasonable consequences.