The Rising of the Shield Hero (Light Novel) - Reviews 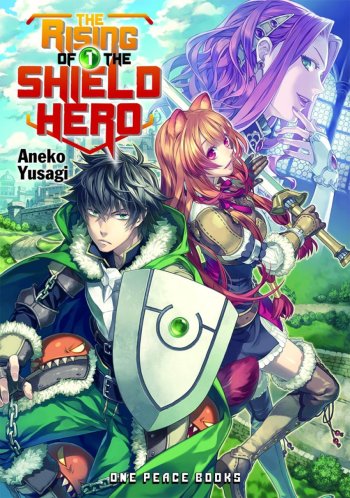 AWESOME manga/LN. It's nice to read something unique every once in a while. The story is quite interesting, and there's very good development of the characters involved.

The Shield Hero is initially ridiculed and made fun of, but he ends up being the strongest due to his attention to details. The fight seens are quite intense too

Jesus Christ where to begin. I actually liked this series quite a bit at the begining. Then it started slowly going downhill after volume four. Then it took a giant nosedive after volume ten.

Naofumi is absolutly insufurable without Princess Malty around, and interesting/fun characters like Raphtalia, Melty and Filo got pushed to the side for a group of increasingly one dimensional and obnoxis side characters. Atla is the worst offender in my opinion.

I'm giving the series a two out of ten purely on the merits of the early volumes. Just drop the series after volume nine if you really need to read this series. You'll be glad you did.

This was the first light novel I have read. I’ve read manga and have seen almost 10,000 episodes; however, no light novel has ever kept me so entertained so as to read the entire series in 3 days. The characters all had their own intentions and beautifully evolved throughout the series. Even when the point of view character went crazy we experienced it with him.

Art: I loved the couple of pictures I saw and they were the perfect amount of spolling but not telling everything. The in text effects were also cool to see. *light novel rating so much less art than manga*

As for the story, the turns the plot takes can be odd at times. There is a lag in between some events and then it greatly speeds up to one of the most beautiful endings I’ve seen (read) ever. Unlike many anime of watched and manga I’ve read, the ending is a solid place to end the story with everything resolved. It could even be continued if really wanted. While choice isn’t completely required to end the story, it is not left as ambitious as many others.

I do not know if any ending I read wI’ll ever be so perfect as this.

PS after the epilogue, there is one more chapter that ties up the few remaining loose ends.

It’s hard to evaluate something so well done justly.  While I do not agree with or find everything about it favorable, it is pretty close to perfection as any light novel can get.  The translations are not perfect since I frequently find a few grammatical errors or misspellings, but it’s better than average and very readable.  What’s most refreshing about this series is the honest and believable reactions by Naofumi when framed, insulted, or assaulted.  I don’t think I can recall any comparable manga, novel, or anime so profoundly direct and honest about consequences and reciprocation.  It’s so refreshingly rare, this uniqueness alone nearly carries the whole story.  It’s this dynamically bad and counterproductive good set of relationships from the various characters that really sell the story and make it so hard to stop experiencing.  It’s a singular addictive hook that can keep a reader coming back.  Not only is Naofumi a pretty good and capable lead character but he has qualities rarely seen accumulated in one character without at least equally crappy counter qualities as if having great skills or talent is bad in many a manga/anime worlds.  He’s a solid character.  You may be offended by what appears a bit of a loli harem theme, but the reality is deceptive.  In a way that’s very logical and imaginative, not all humanoid beings are the same or age the same, besides that, Naofumi has a tendency to treat all his companions like children at a daycare center even after they mature.  That is part of the wit and charm of the story.  I’m getting a tad annoyed at how some foreshadowing never materializes just like in MANY other LNs.  Those who may have issues with the video game cross over elements and references, do note that most of it doesn’t happen until he much later chapters so it’s impact is a tad deadened plus, for the most part, video game elements really only referees to the heroes not regular adventurers, residents, or soldiers.  While levels are mentioned or used by non heroes too, that could almost as easily be a realistic reference to rank, skill, or level similar in real life the way one can become a 9th degree black belt, for example, and outside heroes, that’s really the only none hero video game reference.  He claims he has no offense but by chapter 21, two shield forms have attach abilities and/or effects yet the author appears to forget why he wrote.

Things click more so in a big reveal about how this all really came together.  Rather than acting like a creepy lolicon, Naofumi acts responsibly.  The reasoning to endears you to his struggle and a realistic struggle it is.  Trust is the question.  We all have some issues with trust but it’s worse than average for Naofumi considering what he goes through.

All in all, this is one of the surprisingly best stories I’ve yet encountered.  So far, the manga, anime, and novels seem to share equal billing here.