The Rise of the Eye of the Nine Realms - Recommendations 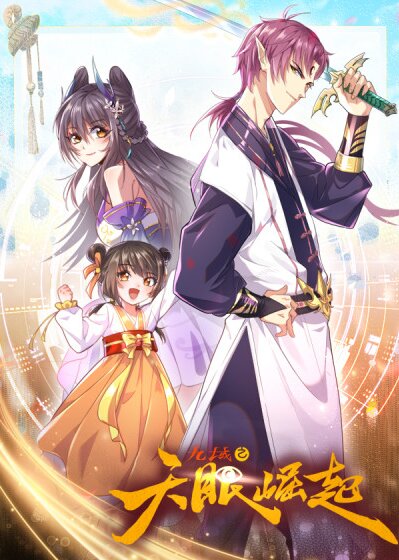 If you're looking for manga similar to The Rise of the Eye of the Nine Realms, you might like these titles.

I'm Not Really the Son of Luck

After crossing the world of cultivating immortals, Shen Tian found that he could see the luck and chance of other people around him. Holding the idea of the halo of the protagonist, Shen Tian began to make friends with the children of luck. Later, everyone discovered that no matter who you are, as long as you trained with Shen Tian, you will inevitably encounter great opportunities, without exception! From that day on, Shen Tian became the most popular mascot in the world of immortality.

After traveling to the world of Xianxia, Qin Yun became a peak master of a sect, with the "Super Master System". Qin Yun always said, "Learn mathematics, physics, and chemistry, and you can travel the world without any fear". Now, the master is an exam madman, and in Qin Yun's view, Immortal Cultivation is also a subject. It is like a nine-year compulsory education, and only through scientific cultivation can there be a way out...

The previous life, he was a peerless genius in the world of immortality. He was killed by 3 celestial beings. He was accidentally reborn to his 20s by the book of heaven. All he wanted to do was to become an immortal and return to the immortal world, and he became the strongest man on the earth, turning his hands into clouds and covering his hands with rain, provoking anyone who defies him! He is the venerable one! The ruler of 3000 worlds! the guy who is 10,000 times better than Thanos! He is Taixuan Taizun! The Great Immortal!

Do I Have a Screw Lose in My Head for Cultivating in a World of Superpowers?

In a world where even ordinary people have superpowers, anyone could become a superhero. When one desires to be hero without any superpowers, one must turn to cultivation. What are superpowers compared to cultivation methods? To save the world, all it takes is a flick of the fingers!

The Tower of Heaven

A mighty couple from the Cultivation Realm who always manage to fight back even when Heaven itself is trying to put them down. Their offspring, who appears after the 100th episode, is even more unthinkably powerful.

Chu Xingchen crossed over to the immortal cultivation world, thought he could lie down peaceful to his old age, but he was forcibly bound by the strongest martial god system, was forced involution, and started the road of strongest male character.

The Return of the Heavenly Sage

In the past, the Heavenly Sage Ji Fan was backstabbed by his friend and died, but the Supreme Soul Cauldron saved his life. He was treated as a mutated body that could not be cultivated and was ridiculed at every turn. With his fist breaking the sky, Ji Fan uses his power to prove his dao, purging the Hailan Clan and shattering the Dragon Cang Alliance …He burns the immortal dao of the Nine Heavens, steps on the demonic dao of the Nine ghosts, flattens the Buddhist dao of the Western Heavens, and breaks the dao of the Heavens.

Long Wanjun’s parents died unexpectedly, and he was attacked during an investigation. At the time of life and death, the pendant he carried was activated, and he obtained the "Daily Cultivation System". He needs to be calm in order to carry out his revenge and had to be patient to complete the tasks specified by the system. This kind of mission day after day, while trying to find the truth at the real cause of the death of his parents. the road is long and arduous but at the same time, it can be fulfilling.

A miracle-working medic is reborn into a fantasy world to help a poor soul seek revenge. There, she activates the face-slapping system, refines pills, practices cultivation, fights against monsters, and conquers the strongest man on the continent. Watch how fortune smiles upon her as she reaches the peak of her life!

In the vast and wild world of Martial Arts, the martial arts civilization was still in its initial stage, Yi Yun accidentally traveled through with a purple spar that could quickly absorb the "energy" of cultivation. With his arrival, the legend of the Martial Arts world officially began.