The Return of the 8th Class Magician - Recommendations 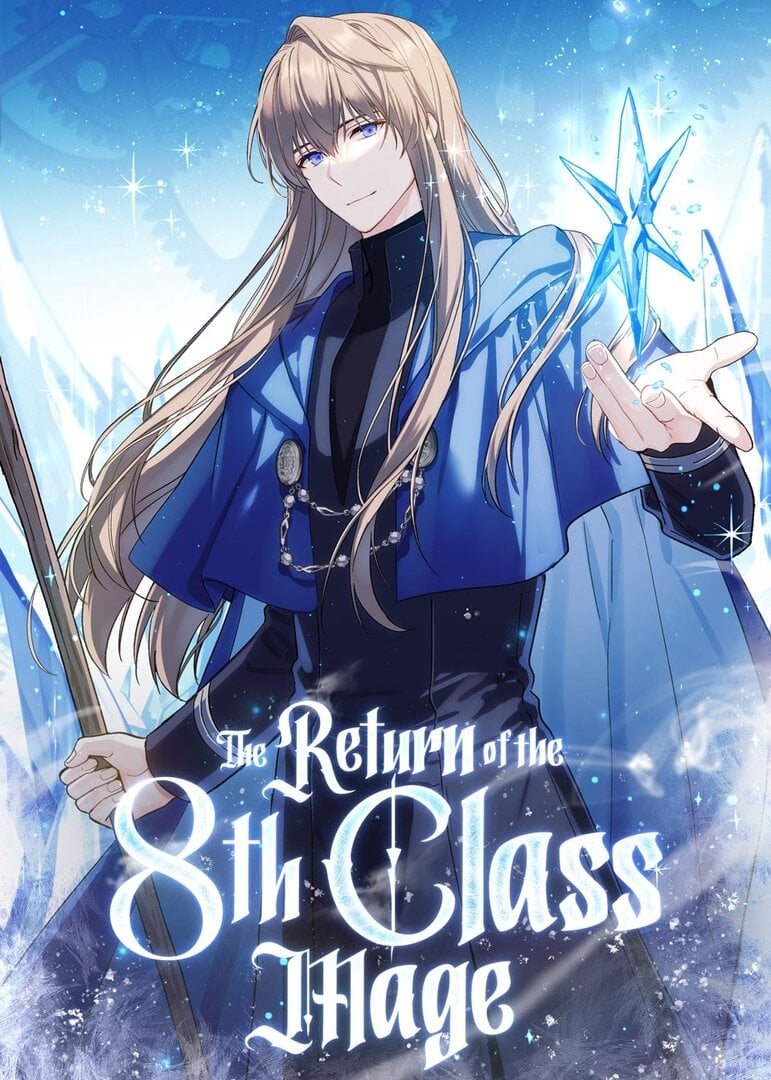 If you're looking for manga similar to The Return of the 8th Class Magician, you might like these titles.

Both are revenge stories about powerful magicians

one they are trapped for 4000 years, and after they escape he starts preparing to get revenge

This is almost exactly the same, where the mc goes back in time to get revenge after being betrayed by his closest companion

The return of the 8th class magician and the great mage returns after 4000 years are reallly good , has magic & stuff , reallly goood

both involve an overpowered magician mc, one which has turned back time; the other has been forcefully sealed for 4000 years. they're both smart and pretty badass.

Both are revenge stories about powerful magicians

The story of both tells about Magican, who was great but "die" and now he reincarnated and coming for revange.

In both is medival time.

Both MC don't hesitate to kill someone if that person is crossing they path.

Ian Page and Arthur Leywin share many qualities knowledge from a previous life, experience far beyond their current physical age and the cold calculative manner in which they deal with enemies if you enjoy one you will most definitely enjoy the other

Mc are both sensible and calmly think of a solution to unexpected problems. They feel like actual, experienced adults. The art is pretty good too

The Rebirth of an 8th-Circled Mage

Henry Morris was an 8-circled wizard who was a legend- one of the founding fathers who helped his friend become the king of a unified empire. After the son took over the throne, Henry was executed with the false accusation of leading a rebellion against the empire. He then wakes up in the body of young Henry Morris, the eldest of a baron family, who also happened to have the same name. Henry turns his life around by again relearning magic and also swordsmanship in order to become the first magic swordsman, all for the sake of revenge.

They start with almost exactly the same premise. So similar, in fact, that I feel one copied the other.

both of them have the exact same story of a great magician getting reincarnated, and wanting to get revenge on the ppl who killed him and taking care of the ppl around him

Both MC have similar past, great magican killled by higher-ups cuz they were afraid his power, so after sometime he reborn.

Both MC are planing revange and both of them aim to be more powerful than them in past.

Return of The Legendary Spear Knight

Unrivaled Spear Knight. The stereotype that knights must use swords is broken by the brightest star of a duke’s family. The hero that brought an end to the empire’s civil war. The name of that person is Joshua Sanders. Despite his reputation of being called the empire’s unrivaled spear, he was bleeding dark red blood. Not just anyone but by the hand of his own emperor, Kaiser… “Kaiser! Don’t think it will end like this!!” Moments before death, incurred by magic circle, the spear that spent its years together with him, ‘Lugia’, started to emit an enormous amount of energy… This familiar place, it can’t be… the stable that I used to live in when I was young? My body became young?! Lugia, what the hell are you? Joshua returned to his younger self. His ultimate revenge starts here!

Pretty much similar stories but one is about a guy getting betrayed by the "friendly king" and he was the spear hero, and one being the magician.

In the talea of drmons and gods, mc comes back to past when he is young. With his knowledge he tries to change the future to better. Future where his friends didn't die

Both are fantasy stoty of young man returning back to past and using knowledge from first life to train faster and to rise to power to ensure good life for himself.

The Producer Who Lives Twice

"Whoops, sorry. But it’s first come first serve, right? The broadcasting industry is like that." Joon Soo joined a broadcasting company with a dream. But for 10 years he lost everything he’s worked for because of his trashy Sunbae. He regretted it deeply and grinded his teeth, but nothing could be done to correct it. When he was about to give up everything in despair, the second opportunity in his life has come when he returned to the day he joined the company with all of his memories and know-how intact. In the second life, can his dreams be achieved without repeating the despair of the past?

The price for a love that should not be paid was terrible ruin. Sierra prays that she has lost everything she treasured. 'Please, let me make a different choice this time.' Time rewinds like that, and Sierra is once again faced with a choice. The time she returned was just one night spent with the one she loved. In their womb, there was a child they had coldly erased from the past before the return. Can't be with him because the relationship with him in the past was full of despair. But the child who was the fruit of love, I wanted to save this time. 'I want to leave only one trace that he left behind.' So, eight years after Sierra disappeared from the islands. The love she had to leave has returned once again.