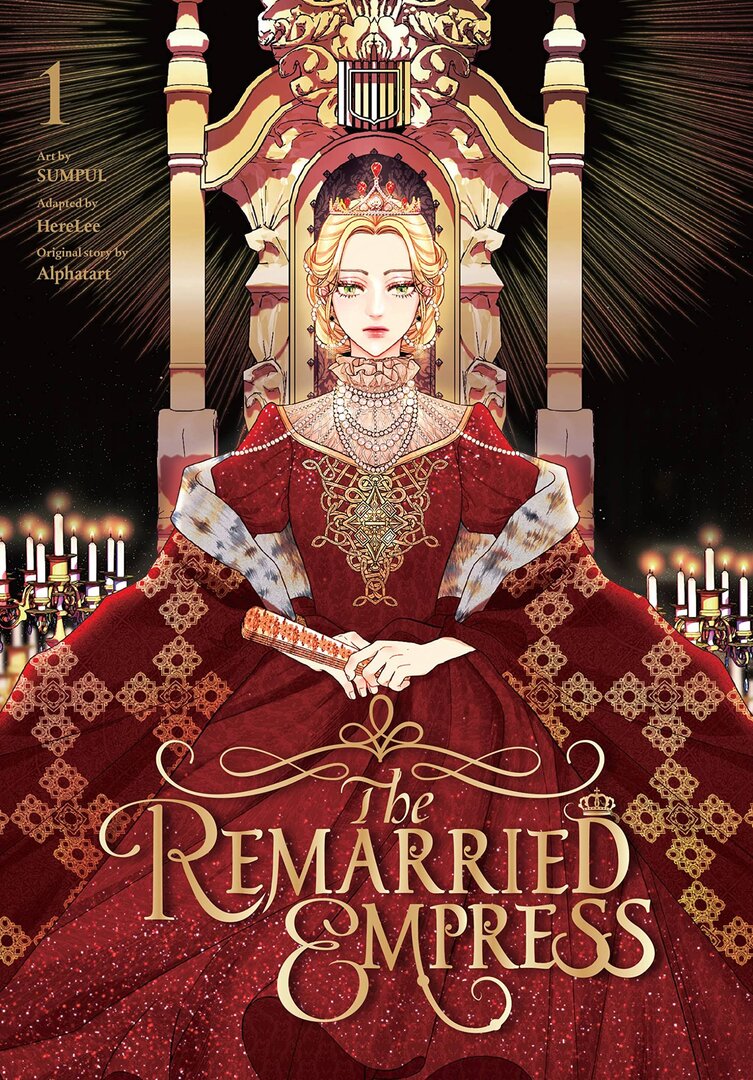 I had high hopes for The Remarried Empress but it just turned out to be yet another overrated manhwa.

the plot, though not the most original, gave out the feel of a nice and thrilling drama you would love to read. But after a point, the plot became slow, repetitive and predictable. the divorce and remarraige scene in the first episodewas never played out even after like 50+ chapters. At this point the title is just severely misleading. I can't see her divorcing in the next 50 chapters either. The story is just the fl putting up with soveishu and rashta's shit; i cant even see her trying to do something about it except for a few lines which barely even make a difference.why or how did sovieshu fall for rashta when he got along especially well with navier? How did rashta seduce him? nothing is explained, the already below average plot is poorly executed and the romance and the story in general is just too dang slow for my liking.

Art is okay. Not great, but not bad either. One thing i definitely did not like was the fact that navier looks like a completely different person once she changes her hairdo. But otherwise, it's ... fine.

Navier's characer feels really flat, and i can barely see any character development. The characters dont feel real. I dont find myself sympathising or feeling bad for navier. I'm just like,wow she's in a pitiable situation, but i dont feel the pity the author wants to make me feel. Sovieshu and Rashta's personalities are dislikeable, nothing more, nothing less. they just feel really 2D. The only character i feel is atleast reasonably well written is heinrey. It's just..disappointing.

Overall, it could have been much more interesting if the author had speeded up things (the romance is too goddamn slow), added some twists and made the characters more realistic. The way the plot is progressing, what could actually fit in 80-90 chapters will go on for atleast 250 chapters. definitely not my cup of tea.

the manhwa world is filled with shitloads of victorian romances and dramas, so i'm sure you can find better ones anyway.

excuse any grammatical/spelling errors. thanks :D

Really good story. We got the shameless villainess to make our blood boil and nice MCs. I should have waited for more chapters to come out before reading cause it got a shit ton of cliffhangers. Up until now, I'm still waiting for their divorce. Anyway, the reason why I gave this webtoon such a high rating is that this really lets us think of love with a new perspective. I believe that we shouldn't be mad at the Emperor because he's with the villainess (because it's a political marriage), but rather cause he barely gives the Empress face or respect at all. His extreme devotion toward her is hurting other people (like the Empress) and will soon ruin her reputation. It's sad that everyone will probably soon look at her with pity for even her own husband doesn't even side with her and that's just straight-up embarrassing. This expresses the OMG THE BF/HUSBAND IS SO DEVOTED AND COOL at a different standpoint because it shows how, when taken too far, it can become a severe problem and maybe ruin lives (cause the Empress can't technically ask for divorce first so she's just stuck in this cycle.). Anyway, the whole reason for this review was because IDK HOW TO ADD CHARACTERS TO THIS WEBTOON (OR KNOW IF I REALLY CAN) SO CAN SOMEONE ADD RASHTA AND THE EMPEROR TO THIS DAMN WEBTOON SO I CAN VOTE ON HOW MUCH I HATE THEM. Thank you.

I get a sense of maturity from this manga, which is fine, in fact great. The main character is likeable, so are the other characters. The villainess is smart, thank god. I hate dumb antagonists. I think it's best to wait until there are 50 chapters out or you'll just be left with cliffhangers. Or read the novel, it's pretty good.

No devorce till chapter 74.

This story should be renamed Palace Drama because thats all it is. It's not bad, just not my cup of tea. 🤷‍♀️

But ngl if I met Trashta in real life I would SLAP THAT HOE. Hated her with the same passion as Rachel(Tower of God). Anything that can make you feel that much has to be onto something.