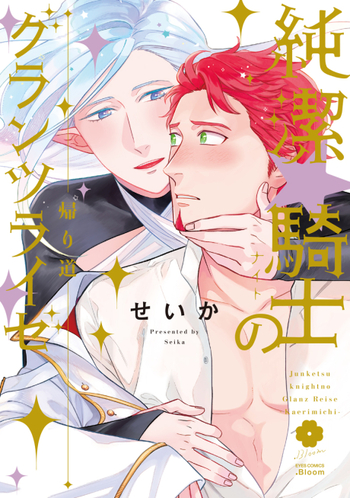 If you're looking for manga similar to The Pure Knight’s Journey: The Road Home, you might like these titles.

Those Who Hunt Elves Two

After the human Kyle blunders into an elven forest and is taken prisoner, the elf Lenifill sees a chance to fulfill her dream of seeing the outside world and helps him escape. Thus begins the pair's long and often comedic journey across the realm, over the course of which they are swept up into matters larger and more serious than they could have foreseen.

Once every hundred years a bride is chosen to be sacrificed to god. This time though, Will was chosen. However, the one lying in wait for Will was not a god, but instead a huge savage beast like he had never seen. This beast was a lion named Sachs. He was one hungry lion, so he told the naïve and delicious-looking cat that he was God and took him home…

A man tries to capture an elf.