The Princess Pretends to Be Crazy (Novel) - Recommendations 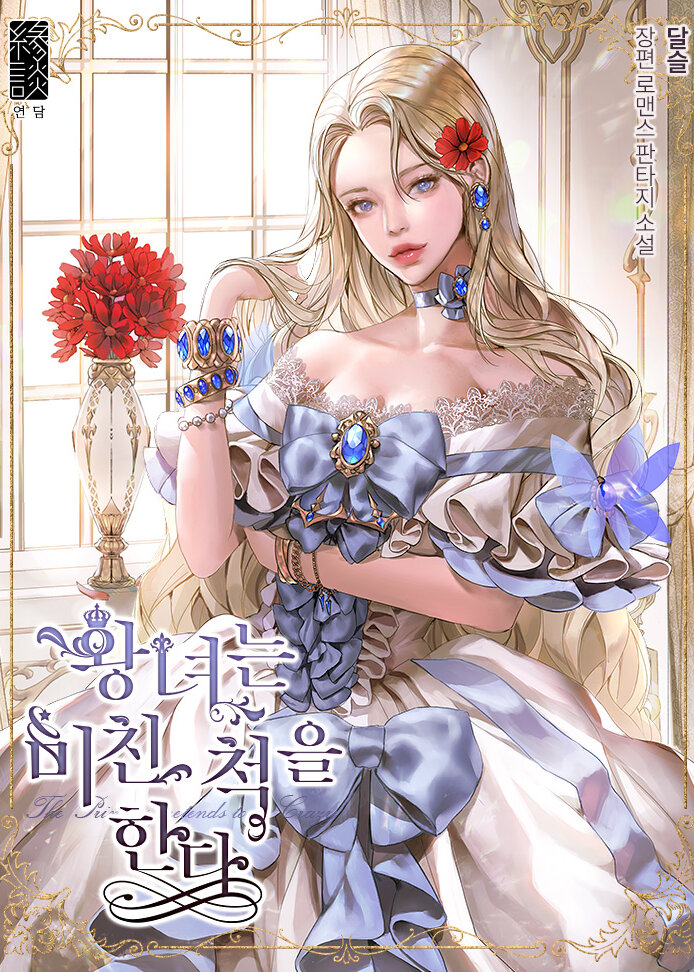 If you're looking for manga similar to The Princess Pretends to Be Crazy (Novel), you might like these titles.

‘Father, please give me a chance to cut him off.’ Right before she died, Reinhardt repeated the same words as she had wished. When she came to her senses, she was back at her father’s funeral 15 years ago. It was the time when she was divorced by Prince Michelle, the reason why his father lost his life. As revenge, Reinhardt stabbed the Crown Prince’s leg. And as a consequence, she was exiled. While she was on her rough journey, she encountered someone unexpected. “……Are you really Bill Corona?” She picked up the poor, dirty child. In her previous life, he was the crown prince’s dog. He was a war hero for her ex-husband. A great opportunity rolled into Reinhardt’s heart who was thirsty for revenge. She gives the child a new name and decides to use him for her revenge...

I Once Broke An Oath (Novel)

Ezette, the eighth prince of the Empire who was thought to have died, returned alive. His return which intertwined with the Crown Prince’s suicide left the Empire in turmoil. Meanwhile, Diarin, a doll-like and immature woman with unwitting love who is known as a beautiful marionette, moves as the Duke instructed. She heads to Ezette at the Duke’s order, which is to carry on their engagement. The following words she said were different from what she thought she’d say. “I’ll break our engagement.”

The Villainess Needs A Tyrant (Novel)

Just now, I stole the lips of a man who is notorious as a tyrant. In front of my younger cousin, Arinel, who stole everything I had in my previous life. “Why did you kiss me?” “Because my younger cousin loves you, Your Majesty.” “Is that so?” His arms wrapped around my waist. The distance that was formed vanished in an instance. The cold-blooded, powerful man’s smile filled my view. “Open your lips. If you are going to do it, then do it properly.”

She has returned to the starting point of all her misfortune. ‘I thought that I would return to my childhood and repeat the same life without any difference…But yes! Now I am given the chance to be taken as a hostage instead of the princess!’ After the war, Elaine has been taken as a hostage by the King instead of the princess. However, everyone’s behavior towards Elaine is different. “Call me Daddy.” Starting with the Emperor who told her to call him Dad. “Here, Eat this”. “Hurry, eat everything here.” And the Queen who is impatient to feed…And, “I’m going to kill every single one of you.” “I’m going to turn you all into a handful of ash.” “I didn’t hurt you physically, I just ruined your reputation in society.” Even the strange older brother threatened them, one by one, who dared to come near me. Is this all really okay…?

From Maid to Queen (Novel)

Urania was just a lowly maid until she captured the attention of King Kraus III and became his concubine. The nobles and the other maids, however, despised their love and dragged Urania down. Heartbroken and at her wit’s end, she was ready to accept her death, but then a mysterious entity returns her to her past when she is still a maid. With her second chance at life, Urania is determined to become the king’s concubine once more, but this all changes when she meets Oscar, who pushes her to aspire for greater things…

The Guidebook for Villainesses (Novel)

Laviore Bailey—the ‘fake saintess’ who banished the innocent princess and stirred up bad blood to wage war. She’s the villainess with a façade of a saintess. "I love you. So just shut your mouth and die. Okay?” But the moment her trusted lover chose her as a sacrifice to the demon, and she realized her father was behind the plan, she killed herself by swallowing poison. It hurt. It was so painful that she could not even scream. But it was fine. Because she knew this was not the end. “I will save you this time.” Then, she came back for her second life. She was determined to rescue those who were unlucky because of her and restored her life back.

I’m Sorry I’m Not Qualified to Be Empress (Novel)

After an unhappy marriage, Rose Etoile dies miserably at the hands of her husband, the Emperor of the Solstern Empire. Somehow, she goes back to the day before the emperor’s marriage proposal to her, and at the rate she’s going, it looks like she’ll have to marry that bastard again. Rose escapes from the madman to the Helavant Empire, but must live with a brute instead. And so she decides. She would tame this beast in order to take revenge on the Emperor of Solstern.

I Raised My Childhood Friend as a Tyrant (Novel)

I was described as the short-lived childhood friend who turned the male lead into a tyrant in the novel. I died on his behalf, as the novel said. I thought I could now return to my original world. …But why am I back to the age of ten? Is there something wrong with the original story? I can’t help it! I thought I would succeed this time and go back to reality… This tyrant dream is too realistic to be true! “I don’t care about the throne.” “What?” What is it? Did I say this before my regression? “What are you talking about? Becoming emperor…” You should meet the heroine and the original story should go on. That way I can go back! “Viche.” Jade was calling me somewhere with a low voice. “I can’t let you go… for whatever reason.” There was a soft smile behind Jade’s bleak eyes. …I think he knows something.

The Villainess is a Marionette (Novel)

"I'll make you the emperor...in exchange, give me my freedom." Imperial Princess Kayena is the most respected and feared woman in the empire. She is known for her villainous ways. Unbeknownst to her, Kayena will become her brother's pawn to secure his seat at the throne. Not only that, but her husband has wicked plans in store for her. Can Kayena avoid ruin, or will she be doomed to a terrible fate?

“I, Evelyn Felice will abdicate as the Empress.” “You’re giving up your fortune without my permission, and you’re happy at will.” But a year later, like a coincidence, Fabian appeared again. “Our relationship is done… Please stop.” “I seemed to be the one who would do that. Everything… I decide.” The relationship, which was thought to have been neatly arranged, began to get entangled again. Fabian’s indifferent eyes were burning hot toward Evelyn.