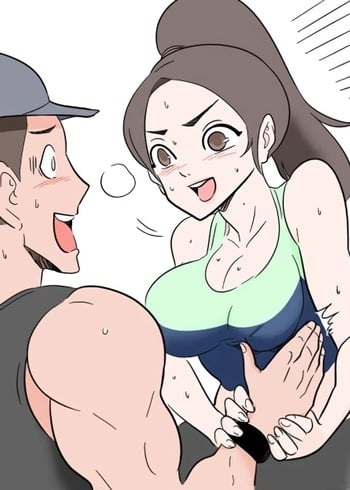 Your sexual fantasies come to a reality!

“You are just my type!” Jeon Jae-woo joins P&M, a theater and film club after twists and turns. But what? The beauties of the club actively attack Jeon Jae-woo! Will Jaewoo be able to survive their armed attack and win his own love?

Having lost all his savings to a female con-artist, Han Taeil prepares to commit suicide. At that point, a mysterious man appears and extends a contract that takes Han Taeil back to his past. Given this seemingly golden opportunity, Taeil is excited to rectify his past. What he didn't know was that the contract came with a very crucial stipulation...

In order to make Gyeong-Su, somone who has never had a girlfriend’s dream come true, his best friend and his friend’s girlfriend started a series of one-on-one special training… You can twist the woman somehow. One point lecture to actually make imagination through friends girlfriend begins.

Everyone knows someone like Yoon-gi. Tall, handsome, and six-pack abs hidden under a tailored suit. But behind his horn-rimmed glasses and cultured facade, Yoon-gi hides a secret passion for sex toys. And there's nothing he likes more than to wait until everyone leaves the office so he can strip down and put his favorite one to good use. Of course, like any good secret, it's more fun when you've got someone to share it with.

Back on campus after his military service, Jang Daechu can’t wait to get some action. However, a series of untimely events leaves him knee-deep in debt and with a tarnished reputation. All hope seems lost, but one day, he receives an invitation to the “Body Game.” The rules look simple: hide a number on your body, then find the numbers of three other participants. How? By having as much sex as you can! With 30 million won on the line, will this raunchy game help Daechu get back on his feet?