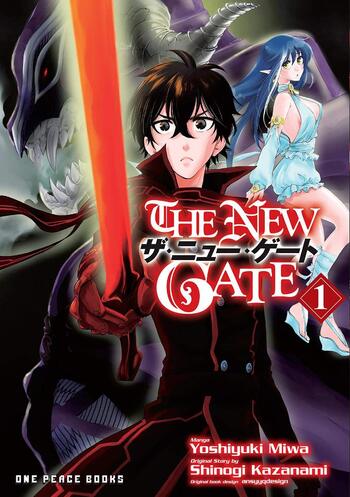 first.. I am biased in favor when it comes to anime or manga that involve a game/another world unless it has too much ecchi

The multitude of characters: insane power of the main character and his servant(?) and the look of shock of the next generation characters when the mc uses a lost technique or brings out old money/rare or legendary crafting materials.

As for why I rate the story a 5 is because the overhead quest is to get home to the original world, which is boring and played out. The only redeeming part of this open world manga are the side quests, like saving a cursed fox or defeating a break-dancing undead skeleton who wields a holy sword. <tell me that isn't unique and interesting.

I have high hopes for future chapters, only wish they came out more often

For me ,this story is quite normal to me for I have seen or red several manga and novels with this kind of storyline , but what capture me the most is that in has a mc where he approach the story differently and to sum it up I enjoyed it and would enjoy it more for it's still far from ending. so that's it.