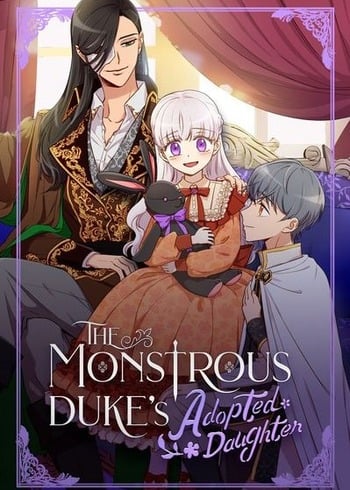 If you're looking for manga similar to The Monster Duchess and Contract Princess, you might like these titles.

Both about an abused girl adopted into a powerful family.

In both, the girl has unique powers(Darkness in "The monster duchess and the contract princess", Spirit magic in "I belong to house castielo".

The theme of the story is similar. Both child become a new member of a strong family, like a rabbit between wolfs. They are living a bad life before their new family saved them. Also they both discover about magic power inside them.

THEY ARE BOTH ISEKAI,

BOTH WITH FEMALE MC,

AND BOTH HAVE AN AMAZING WAY OF DRAWING

They're both about horribly abused children who get adopted by families that are percieved as dagerous. They're both really, really good stories about overcoming emotional and physical abuse while tryingto adjust to a more stable, loving environment.

The have very similar characteristics. While Castielo is about reconnecting with your roots, monster Duchess is about finding your own family. They both deal with powerful parent figures, caring siblings, and magical elements. I would highly recommend both of these stories.

They both have the same point of view from a young female child that is slowly becoming part of a/the family. Both of the stories have the same era and type of fantasy.

they both are reborn + get a new family at around the same age...the two girls are both sweet and have a abuived childhood. , which make them stonger ...

Both series' plots follow an abused child (MCs) get adopted into a new household with new families who love them (to the point of being overprotective and dote on them) . Their new families are very powerful and fearsome among the nobles, so they get stigmatized but they don't give a fudge. The MCs also awaken their power (that are consider strong and rare), thus many people plot to obtain that power for themselves.

If you liked I Belong to House Castielo or The Monster Duchess and Contract Princess, you'd like the other because...

y the fuck not?

it's about how to young girls were able to surpass their abusive past and become better and happier accepting who they are and experiencing love, kidness, happines, luxury and manyother stuff for the first time.

Both titles have similar levels of maturity. They both also deal with abused children with magic meeting a parental figure and learning to rely on them.

Both mangas genres are similar or the same,

The lead roles are abused

Leslie, Arien and Arhen have a high standing in hiecharcy, while they are still judged even with their authority and power due to blood.

Both the Twin Siblings' New Life and the Monster Duchess and Contract Princess have thought out plots and colorful drawing designs, (example: the dark blue cloak that Leslie wore to town, leslies purple eyes, the duchess's dark green nescessity) (another ex: arhen and ariens bright hair)

Leslie and the twins have a power,

Leslie and the twins have funny, loveable, siblings,

They both with children who had bad parents and ended up in better care while learning about real love while dealing with the hardship they have.

Both are about mature children protagonists that are marked by abuse and that have somekind of power.

Both deal with crazy family members through which the protagonist experiences love, but also new dangers that arrive with their family's title and reputation.

Both have protagonists abandoned by their parents (with Twin Silbings's father redeeming himself, and Contract Princess finding new parents). All in all, both show the struggles and growth of abused children learning to cope and get over their trauma over time while living eith their new accepting family.

They both have wonderful female leads, with an abusive mother and father, but then they form a wonderful new family.

the story is interesting and it progresses fast. the FL is intelligent and the story is not like a cliche version of isekai historical manga

* The main female character is abused by her mother.

* The main female character's sibling is treated well by her mother.

They both have the social heirarchy of Kings and nobles and strong female leads. Both female leads were abused aswell. The Villianese lives Twice doesn't have ay magical elements other than a second chance at life though, so if that's what you're looking for then it isn't for you. 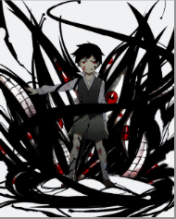 Both are about a girl trying to change her fate by making a deal with someone with greater political power but then getting them to truly care about her and finding a new family/ love.

Both have domestic violence and female leads who got tired of their situation and did or will do something about it. They’re both very sad too

Maybelle had lived a life of abuse under her parents. Upon discovering that these 'parents' aren't her true biological parents and that somewhere, her father exists, Maybelle sets off in search of him.

So far, both are about a little girl treated badly by the family that raised them. The story both times starts around when they go to a new place where they're treated properly. Cuteness ensues.

There both about a young girl escaping a abusive family and going to nicer one monster duchess goes more into the abusive family were The archmage's daughter only spends a chapter or 2 but bolth so fare are very good storys I recommend reading bolth.

Beware of the Brothers!

Hari got adopted by Duke Erenst at 7 years old when she lost her mother. Even though she received all kinds of persecution by the three Erenst sons, she could finally escape that blood-and-tear inducing life when she was about to get married.But what is this? When I woke up from my sleep, I'm back to that hellish childhood! Is this a dream?! Hmph. If I can't wake up from this dream, I'll at least live without too much consideration for others now!Just like that, Hari decided to go astray.

Both female mc are really adorable and have pass through a dark and Abussive past. although the situation is a little different because in " beware of the brothers", she has to go though pain alone, and in " the monster duchess and contract princess" the mc finds a doting family to help. In my opinion both give off the same vibe.

Both female main characters were adopted by powerful ducal houses. As such, they now have to learn how to maneuver in the high society.

Have the same feels, trying to get away from a unfair circumstances in their life. I read this after reading the Monster duchess and contract princess you will fall in love with their story..

Please Throw Me Away

Adele was adopted by the duke in order to replace his dead daughter who died from a rare disease. She worked her entire life so she would be loved, but as soon as her younger sister was born, she was abandoned and set to be married off. On the journey toward her marriage, she was assassinated by mysterious enemies. "...Is this a dream?" But when she opened her eyes, she returned to 3 years in the past! Since she will be abandoned when her younger sister is born, she tries to live life the way she wants, but things keep going wrong. "Weren't you interested in me?" And a mysterious knight in black keeps pursuing her...

Ebony Vonieck is a convicted felon for the murder of her fiance and father. While waiting for her execution in prison, she is suddenly released from her hell when she is informed that the Archduke of Schneider Castle is waiting for her. Expecting her life to become a living hell, what awaits her instead is a household of warm employees and servants. Ebony has no idea that the Archduke will help change her life.

I Was Born as the Demon Lord's Daughter

Joara lived and died miserably, but as her life ended she realized that she was reborn as the demon lord’s daughter? Joara lived as the school’s loser and while running from her aunt’s physical abuse she got into a life-ending car accident. After nearly dying at the hands of her new father, the newly named “Irene” starts a new life with her father’s familial love and adventure!