The Master of Diabolism - Reviews 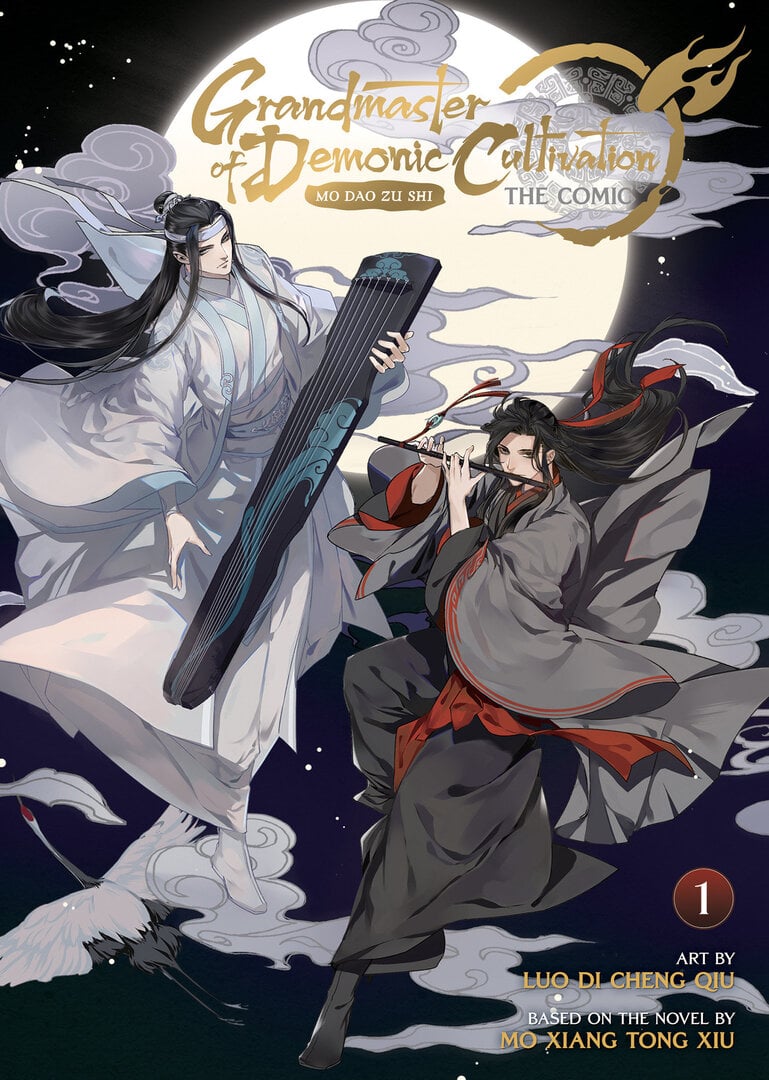 Honestly one of the best mangas I've ever read, it does a pretty good job at following the novel! The art is amazing and all the necessary emotions are very visible and you can't help but love wangxian from the very begining!

Super recommend this manga to anybody who doesn't ming going through a slow burn (but amazing) BL romance.

This is by far one of the best manga I have ever read, and the only reason I'm not giving it a 10 is because that honor is reserved for its amazingly epic source martial, a Chinese novel by the same name(which you should read if you love this manga).

The story follows the life of one Wie Ying, a powerful and bright cultivator from the Jaing-ling sect. He's free-spirited and not afraid to cause chaos. But the story opens with his death and unwilling resurrection a few years later(If that doesn't have you curious I can assure you it only gets crazier).

This manga does have some romance themes, but from what I've seen so far they are never actualized and instead stay themes. Though if the thought of a fulfilling epic romance between two men makes you uncomfortable this is not the manga for you.

Overall it's a great read, with beautiful art, and rememberable characters and I can't recommend it enough.

(And if you want to read the novel here's a link: https://exiledrebelsscanlations.com/the-grandmaster-of-demonic-cultivation/ )

This story has such a distinctive video i can't find any words to explain it. Its so calming yet exciting to read at the same time and I can't help but get a happy so lucky feeling while in reading this.

the characters are all really amazing kt and the 2 main leads have such great chemistry it really surprised me. I dont think I'm wrong in saying that a lot of gay Manga's feel a bit to forced and awkard sometimes. Like the characters playing v out the scenes are just that and such a situation could never happen in real life. Yet in this manga the interactions between the main leads are are so natural and wholesome and pure. I love it. 😊

Watched the donghua a month ago, wouldn't even think about picking up the novel coz I dun have the time BUT I can do with the manhua AND today lads I finally sat through 160++ chapters of this amazing masterpiece. Lemme tell you something darl, if you're brewing a potion you'd be mixing in a VARIETY aight? This story is a combination of ALL variety you can find out there: action, zombified corpses, BL;), chibi comedy, cultivation, & ancient mythical elements.

The author doesn't spare a single one-dimensional trait on these well-rounded characters, their change in nature is UNDERSTANDABLE and not without grounds. There are flashbacks that detail what drives these folks to act like the way they do in the present, some flashback arcs were seen through Wei Ying's "telepathic possession" method called "empathy"; and there we can see him trapped in the owner's mind as an onlooker soul whilst being the cutie that he is. Speaking of cuteness certain flashbacks show Lan Zhan's budding tsundere feelings for our denser-than-ocean MC and it's honestly ADORABLE AF.

The arcs will send you through a whirlwind of emotions then fluff you up again with some *gay* tension... like to reward you for making it through the heartbreaking chapters or sth. To finalise my thoughts I just wanna applaud the attention given to the other characters again coz it's not just fixated on the two main's slow burn progress but also gives chance for these other characters' emotions to flourish as well. If you only tried the animation medium AND NOT the novel, this manhua is enough to clear up your previous confusion on the names/courtesy names/titles. Since the chapters are long enough for you to get used to the names and once you DO get the hang of it ya can pat yourself on the back for having such affinity with these complicated designations lol.

The story might be a little too confusing and detailed for me, but I love it. The art is very pretty too.