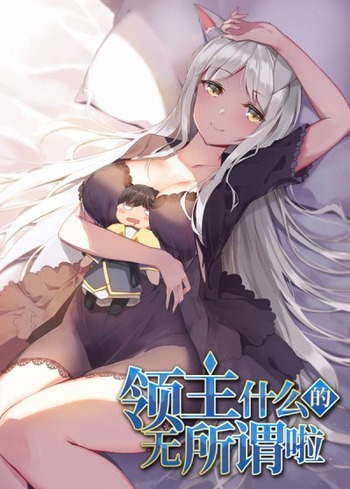 Shen Ying, a foodaholic girl with no sense of direction from the modern world, came to another world through time travel. She had no money and couldn't get out of the spirit world. Incredibly talented as a martial arts master but also easily neglected, Shen Ying is like a bug in a video game. Shen Ying took Yi Qing, an upstanding swordsman, as her disciple although, at first, she only wanted him to cook for her. Yi Qing, a man of integrity and conscience, was defeated in a fight with a demon and fell into the yard of Shen Ying who later became his master through serendipity. However, Shen Ying and Yi Qing always talked past each other. Later they entered Xuantian Clan and with Shen Ying's simple explanations and his own imagination, Yi Qing gradually became an unbeatable swordsman in the world. This is a funny story about cultivation featuring two characters with strikingly different dispositions: an upright, gentle disciple and a hilarious but powerful master.

I was transmigrated into the body of a villain? Who the hell wrote this script?! And I even stole someone else's girl? And have a powerful older sister? This script keeps getting worse and worse! And there's even a divine space and ten thousand worlds? I'm definitely dreaming! After steadying himself, Wu Ming faced these new developments and continued on his journey...

Who is he? Why is he called the Boss? Maybe he’s the fearless ruler of the world. Or maybe the worst enemy of humanity, who tears worlds down. After Su Sin was reborn, he lost all his skills and abilities from former life in a knights’ world. However, a newly implanted System can help him restore them. “My name is Su Sin where Sin means Promise keeper”.

I Just Want to Be Killed

Yu Le got sent to another world after dying from overworking and got a golden item that every male MC gets — system. But Yu Le did not meet the requirement which means that he have to say goodbye to the system temporarily. To reactivate the system again, he will have to live this life with zero motivation. So, wanting to activate the system as soon as possible, to get the ability to live forever, Yu Le has decided to court for death. But why is he not dying even when he’s trying so hard to, instead, he’s becoming stronger?!

A normal person, Xin Yun, received a second chance by transmigrating to an unknown world. But because he chose to indulge in women, he lost his chance to become the most powerful. When he gets caught by the force a struggle between the nine most powerful experts, something unbelievable happened, or it could be said that a miracle occurred. Xin Yun was reborn and sent back to the place he had transmigrated over to. Having been reborn, Xin Yun decided he wanted to become the strongest being together with the three top experts from his previous life!

Jian Chen, the publicly recognized number one expert of the Jianghu. His skill with the sword went beyond perfection and was undefeatable in battle, After a battle with the exceptional expert Dugu Qiubai who had gone missing over a hundred years ago, Jian Chen succumbed to his injuries and died. After death, Jian Chen’s spirit was transmigrated into a completely foreign world...

Second season of Shape of the Wind.

Shape of the Wind

In our infinite universe, there are countless planets and worlds. Among those shining stars, there exists a world called "The Roc Kun". The continent of wind is a land of wars and disorders. Here, a story of a warrior, is about to begin...

When a family was unjustly massacred by a great general, a young boy named Ning Que escaped. He managed to survive in the wilds through his wits and growing fighting skills. One day he dug out from a pile of corpses a baby girl, that he named Sang Sang. Since that day the two of them are inseparable. Ning Que joined the frontier military and eventually become part of the entourage of Princess Li Yu as she traveled back to the capital. He managed to discover the hidden school known as the Upper Storey, which leads him and Sang Sang to many wondrous adventures.

She, the guildchief of the modern hidden clan, good at medical voodoo, and assassination, was treated as the perverted talent in the eyes of the world. After an accidental death, she reborn in a disfigured girl. Was her identity changed? Was returning to the family hopeless? Identity could be abandoned, the family could be given up, but if I did not revenge the person who had harmed the predecessor, could I be worthy of the name of the talented doctor? Once the storm awoken, the heroes would be fighting for hegemony! And see how she went to the world in a red dress, with a sword challenging a group of heroes!