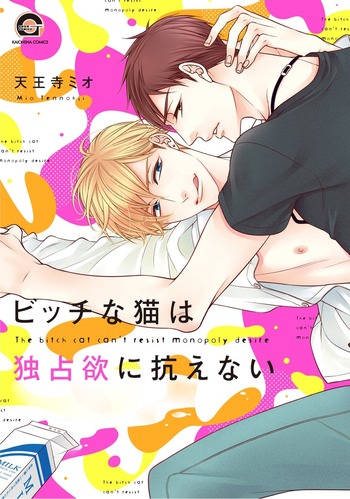 If you're looking for manga similar to The Loose Cat Can't Resist Possessiveness, you might like these titles.

Fukami Rei is making the switch from modeling to acting, and getting a part in a drama with his idol Agawa Ryuuji is a dream come true. But admiration for Ryuuji's acting isn't the only reason Rei wants to get closer to the older man...Rising actor and model Fukami Rei is extremely attached to veteran actor Agawa Ryuuji, causing Ryuuji no little consternation. One day, a fellow actress and Rei's aunt, Aki, tells Ryuuji to stay away from Rei and on top of that, the president of his agency tells Ryuuji Aki's really Rei's mother and asks Ryuuji if he is Rei's father. Amidst this confusion, Rei confesses his feelings for Ryuuji and steal a kiss!

For the popular actor Mishima Hajime, there is Aihara. An actor that is his complete opposite, but someone he gets along with as well. One day, Mishima consulted Aihara regarding a kissing scene with a guy in a drama he would work on and to his surprise; Aihara carelessly replied, “Do you want to try it with me?” Though confused, Mishima kissed Aihara. For some reason, Mishima was really shaken by the kiss, in contrast with Aihara, who’s not even bothered by it at all.

A Walk-on Actor Who Wants to Be A Baker (Novel)

As a walk-on, he had been the mistress of his sugar daddy for three year. However, they only had met each other for a few times. As a boss, his sugar daddy had tons of lovers. The walk-on: The cake shop is the only thing I love in this world. Lovers? Never want one. The boss: No problem. Nobody wants that. Then, they fell in love with each other…