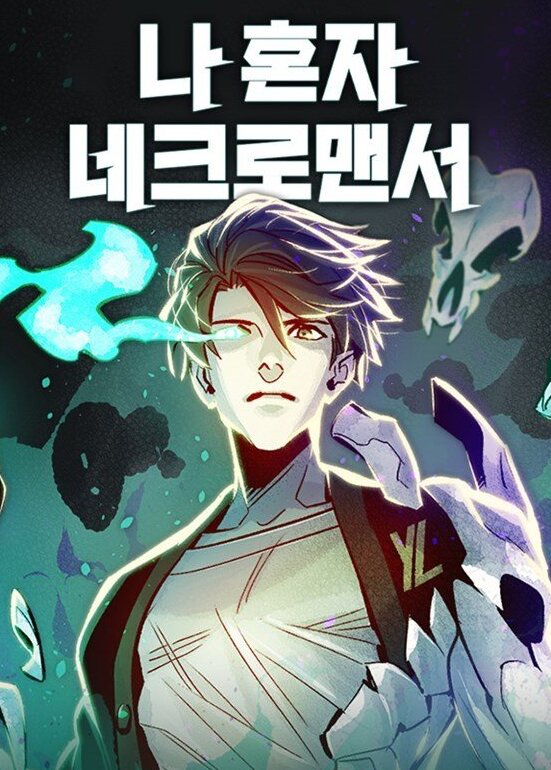 Imagine if the world suddenly turned into an RPG and you must pick a job in a short, limited time without doing research. This is that kind of story where the MC has to use his skills and job to the fullest to survive. It reminds me of 'Return to Player' but he has no memories of the future.

The story has fast paced development, as is expected, but it doesn't leave out the details. For now, the 'World story' isn't explained, but will be in the future. The art is great, especially so because it's not the usual fantasy Manhwa art. The characters have a subtle but definite development, so they don't seem to be cookie cutter personalities.

Overall, I highly recommend that you read this since it has a lot of potential.

The artwork is good, I'd say, but not great. It's full color. Some of the texturing and shading is slightly gritty. The action scenes are flashy and intense. Some aspects, like the trees and maybe the cars, feel like they might be manipulated images originating from photographs, but it's not as abrasive as some other series that do that type of thing. There are a lot of hard angles, like with the squarish goblin eyes or the boney joints. The chibi forms, especially for the goblins, look junky and are honestly a read turn-off.

The characters are the weakest part of this manhwa. The protagonist is too perfect, the cowardly masses are too uniform, and the powerhungry assholes are too over-the-top. None of the human interactions feel very realistic, and it's largely because half of them are clearly written with the goal of maximizing the eventual schadenfreude when the assholes get their comeuppance. And the other half are clearly written to pedestalize the protagonist and show how awesomely decisive and tactically superior fe is when compared to everyone else. The author does attempt to include some teamplay and fighting accomplishments on the part of Hanho and Jisoo, but those honestly just come across as pathetic and useless blips in the face of how absurdly overpowered the protagonist is.

The storyline feels like it's just going to be endless power-ups and fighting. Which, I mean, is pretty common, but the premise for the fighting still needs to have solid reasons behind it. And so far, there hasn't been any indication that the story intends to comment on how the world got to be this way. Who's creating the barriers and is there a way to remove the barriers besides doing what they say? How are the monsters and items generating? Will the monsters die if left unfed, or are they non-biological? None of those types of questions have even been asked and I don't get the impression that the author intends to delve into that type of thing, cause the storyline's just about having endless power-ups and fighting.

Some of the power-ups are portrayed as being randomly generated, to play into the game-like aspect of this world. In actual games, randomization can increase the fun of the experience. But in a story about a game-like world, (so-called) randomization isn't nearly as fun because we readers know that it's not actually random. The author is in complete control and writes it so the characters get precisely the skills and items which best serve the plot. In other words, the randomization just feels like a cheap avenue for contrivance, for plot armor. The idea of randomized items and gacha systems would only be truly fun for us readers if it was a Make Your Own Adventure type of thing, where we could see how the protagonist would adapt feir strategies depending on which items and skills fe received.

I like this one, love the way the mc becomes stronger. Read it.

This looks really good. This is one of those few manhwas which get this system things right. Mc is not given any head starts then others he just uses his brain at the right time to get the best things for himself.

**Summary**
The mc is having a normal day inside his university. Suddenly a menu pops up in front of everyone. The menu says to choose a class from different classes availble such as swordsman shieldmaster samurai etc. Every vlass has different number of stars with them. Some people hesitate to choose their class while the mc thinks fast and chooses the class availble the the most stars a Necromancer. After class choosing time is over the human world is invaded by monster. So the mc get's grip of the situation and starts grinding levels.

The story pacing looks good. Art looks good. As of now ch10 story is just developing. Looking forward for future chapters. Give it a try