The Little Prince in the Ossuary (Novel) - Recommendations 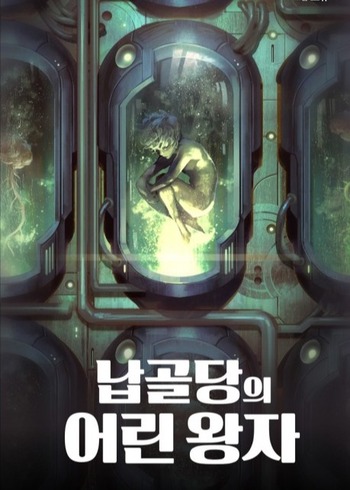 If you're looking for manga similar to The Little Prince in the Ossuary (Novel), you might like these titles.

One day, I was given the mysterious power of Hwanmong. If I killed a monster in the dream then my level would rise in reality. My home in reality became a base in the dream. A dimensional strategy RPG where reality and dreams are linked! Earn money and become stronger! Now, I will dominate the entire world.

The moment when mercenary leader Kwang Hwi receives video game like abilities, the world is suddenly thrown into chaos. A thick fog envelops the Earth, bringing with it savage, otherworldly monsters. At the same time humanity has been rendered defenseless against this onslaught, as the strange fog turns most weapons to rust. With mankind spiraling towards oblivion, it is up to Kwang Hwi, with his new abilities, to save the world. Watch as Kwang Hwi leads his militia and becomes the last bastion of humanity. Will he be this world’s savior, or its conqueror?

Royal Roader on My Own (Novel)

‘Royal Roader,’ the game that I ruled as an overlord was ending its service. Shit! It was my life’s only pleasure. The last day! I used all of my strength and in-game connections to defeat the final boss monster, Demon Heros. As a reward, I earned a Marble of Wishes.

The EX rank cleared the final chapter of the national failed game and became an unnamed supporting character inside the game. Substandard and unmeasurable, the EX rank plays a supporting role with an unknown rank.

Yun Ling was invited to attend the public beta test of “Apocalypse Calamity.” In the end, she successfully survived a hundred days, and obtained the “Lord Token”, “Life Skill Level Retention” and “S Rank Skill” as rewards. The beta ended, and she waited with anticipation for the opening of the game. But then the world became the game.

Growing up with eccentric materialist parents who left him in the care of his grandfather for a job overseas, Zhang Heng had learned to adapt and be unfettered by the oddities and challenges in life. But he would soon learn the baffling truth about the world he thought he knew when one day at midnight time froze and he found himself in a world so quiet and still it was deafening. That night, he discovered that he had 24 hours more than everybody else and thus, marked the beginning of his adventures. The mysteries surrounding his newfound ability only deepened when a strange old man claimed to have given Zhang Heng that ‘gift of time’ and recruited the young man to participate in a cryptic ‘life-changing’ game on his behalf. Little did Zhang Heng know that accepting those terms meant embroiling himself in many versions of reality and exposing himself to the hidden secrets of the world—a decision he could never undo.

200 years after the world has ended, the laws of society have long been forgotten. Countless grotesque monsters now run amok on the earth and Reavers who devour and massacre humans follow suit. In this hopeless world, the devil hunters who have caused the devil to have gone extinct roam from place to place. But in a world without the devils, for what reason do these hunters continue to mindlessly travel throughout the lands? Maybe it is to just survive. The devil hunters continue on. In this godforsaken world, the protagonist Zin meets a little girl named Leona, a girl whose entire life was nothing but pain and searches for the meaning of his life. The threads of fate slowly come together. The wheel of destiny continues to spin.

Level Up with Skills (Novel)

A labyrinth that swallowed up humanity and four options are given to them. Easy mode for anyone to live on. Normal mode, where only the living survived. Hard mode in which only 1% can survive. And Alone mode, where only one survived. Kang Tae-san was an Easy Mode player but is the strongest on mankind. The words that he had heard several times. “What if you had chosen hard mode or at least normal mode?” When I was dying I was regretting my own choice, someday you had a chance to choose gold again. “I won’t make the wrong choice this time.”