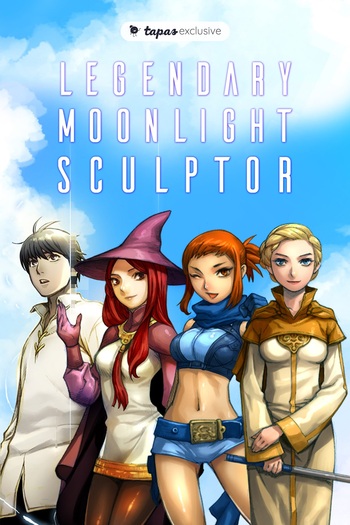 I think every RPG player wishes it was possible for these types of games to have such depth--where it would be possible to have a playthrough that was wholy unique, with quests that only you discovered. This manga plays into that desire by having Weed happening upon difficult-to-obtain quests which lead to him gaining the hidden class Moonlight Sculptor. He's implied to be the only Moonlight Sculptor in the game. It's odd though, since he had two unrelated quests which both led to him being offered the Moonlight Sculptor class (he declined to take it when it was first offered), which means that there are multiple avenues to becoming a Moonlight Sculptor, which means that other players could also find ways to be offered the Moonlight Sculptor class. Though I should mention that the manga does imply that the same exact quests won't be given to multiple players. In other words, since Weed has already investigated rumors of somebody sculpting the moon for Dork, Dork won't give that quest to others in the future. The NPCs in the game are assumed to have actual daily lives, with robust AI technology.

I enjoy Weed's growth as a sculptor, his inhuman grinding, and his interactions with other players and NPCs. All of his teammates have interesting personalities that play well together. I especially like Surka and Irene. And during the Baran village story, I laughed at Weed's interactions with the elder.  I don't really care about his real-world motives for playing the game. Like, why would he even want Han Jinsup to be his subordinate? Though I realize that it was probably necessary for him to have more motivation that simply "I wanna play," especially since he's treating this game as his job and spending all-day playing it. I also don't find the battles all that interesting. There's no weight behind them (since's it's a game) and at most, it's just an opportunity to show off new skills or something.

The artwork reminds me of a picture book. Pastels and shading. Almost all of the buildings and several other images look cropped onto the panels, possibly just altered to try to look cartoon-y. Whatever technique they used for these images, I don't like it.

This manga was the best manga I've ever read. After dismissing it a few times, I finally got a solid recommendation and picked it up. After the first couple chapters I realized it was gold! Funny, edgy, hip solid story line, amazing art, fun pacing, character develpoment was sparce,but still intruiging.

Little things about the detail of the art, the painterly, watercolor like frames on each page, the dynamic and innovative use of panel work was awe-inspiring.

I found my stomach aching from laughing at the characters in the story, I found myself rooting for the protagonist in a way that was uncommon for other stories. While season one was an over all better story, season two was a rollercoaster of peaks and valleys. Excellent, and underrated read.

This is my favourite manga I have ever read. I like the VR (Virtual Reality) genre and leveling/evolving systems. I read these type of manga only. I enjoy Douluo Dalu, Douluo Dalu 2, Douluo Dalu 3 (Short), Re:Monster, The Gamer, and many more of this genre.

I have found The Legendary Moonlight Sculptor to be the best in this genre, whilst the beginning is confronted the secrets and different quests completed lead for an intersting story. I feel that it has combined other manga I have read mainly, Douluo Dalu, Toaru No VRMMO Kadatsuki (Probs butchered that name), Xian Ni, The Great Conquerer and The Great Leader.

I would seriously recommend this manga to all people! 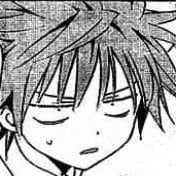 I don't write reviews, but for the first time I felt it necessary. No spoilers.

The art is absolutely superb, it blows my mind looking at some of the scenes and imagining how much time and effort went into them. The artist is very good a portraying the general 'atmosphere' and 'feel' of a fantasy environment. There were times when I would pause my reading simply to revel in awe at the detail and creativity.

Unfortunately, for whatever reason, the artist decided to cut ties with this work at some point and it really shows. What were once highly detailed environments are replaced by uninspired 3D renderings with characters drawn into them. The artist who took over while somewhat faithful to the original decided he needed to express his individuality by altering the characters clothing and other somewhat minor differences. The end result is that it changes the whole wonderful 'vibe' that the series had going for it by feeling lackluster in comparison.

I won't really speak to the story because I think that's for you to decide; other than to say I think it's worth the read but it probably won't be the most mindblowing thing you've ever seen.

I have read through the entire first season of the Manga. I have to say that this is like a PG-13 manhwa. Yes it's more of a Korean style art then Japanese. But I think it would benifit if this were produced into a full feature anime. The show has a lot of popular culture within VRMMO's. The idea of being sucked into a Robinson Crusoe adventure without going through that character's struggle's and haslte of actually leveling up an MMO chracter is enticing. What I mean is who want's to level up?

This story balances crafting and action. There's never a dull moment. The story does suffer from reading attrition where some readers might want to take a break each season and simply wait. The other factor is that this Manhwa has a lot of scrolling.

Art.
I actually have to say the art is impeccable for the message that they are trying to portray. There's complete color, something that's hard to find in a lot of comics these days. The characters in their comic-like state are in a refreshing style that's well..different. They seem to feel human how they're drawn, but cartoonish at the same time. While the author does incorporate humorus scenes they are not overdone.

Characters. Characters are well thought out.