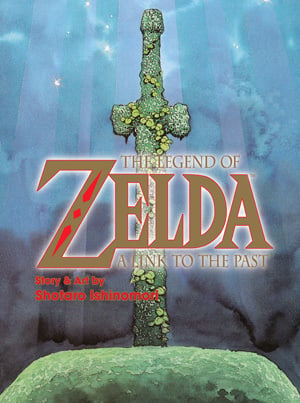 Sadly I did not like this one as much as I did the other. The writing is rather poor as they try to explain everything so fast that they will say an item multiple times in one sentence. They added characters that were not really part of the actual game, there are times when main points of the story are left out or changed to show up in different parts of the manga then where they should be, link sounds like a whiny kid at times, the little navi character is only there for link to whine too, and so on. It just was really really boring besides the artwork which of course was rather nice. Battles seemed also rather bland. How can I say this without coming out rather rude but I would not be reading this one again.

The art style is really reminiscent of the times. Large ears and rather Osamu Tezuka characters. I actually liked, not to mention that its pretty much all colored.

I have not read the other two renditions of A Link to the Past but I have a feeling this one may be low on my scale.