The Legend in Annatour - Reviews 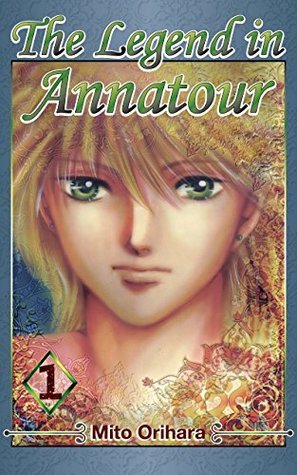 It's hard for me to write a somewhat coherent review for this manga, for the fact that I barely liked one issue whilst enjoying the rest.

Reading The Legend of Annatour was more of a chore for me to get the manga finished from when I started it back in 2017. I didn't remember much about it other than the fact I didn't really like the first issue, giving it 2.5 / 5 stars over on GoodReads. I wanted to finish it off rather than just leave it lying around and to be honest, I very much enjoyed the first volume upon re-reading it. Then the second volume just seemed to lag on and never end, and the third and fourth volumes were pleasant and enjoyable. It's a strange thing, this manga.

- Story -
The plot line in this is good. The mangaka obviously put at least quite a bit of thought into it and it felt substantial. Although it was a little different to the general cliche romance genre - of what I have read and seen at least - the story felt rushed at times and it left a wanton feeling for more time control to fully get a grasp of what was going on. The characters all developed wonderfully, but I feel at times that some of the development was lost only for the character to have that knowledge and learning once more later down the line. It felt a little disjointed, as though the mangaka was rushing to meet a deadline and chopped out pages here and there without much thought or care towards the story.
It has an interesting premise and it's enjoyable for a somewhat cliche romance. There were one or two questions left at the end of the manga and it would be nice for a fifth volume or a one-shot to further the plot and close up the questions but other than that, I don't have any qualms with it.

- Art -
One issue I do have with the art in this series - and, frankly, the only issue with the art - is the drawings on the cover and the first few pages. It's rather unsettling as someone who has a fear of the uncanny valley and that's my personal issue with it. If you have an issue with uncanny valley, probably best not to look through this until you get to the start of the story. Other than that, I think the art is well done. It's clear that time was spent on it but it's not anything inherently special.

- Character -
The characters were enjoyable as people and they had a more realistic feel to them even in a fantasy setting. Their development felt like real people, other than the small hiccups I mentioned in the story section with their development seeming to disappear and then come back without warning. Other than that, I feel like the characters are well rounded and it's intriguing how the mangaka has included moral questioning for each character and how they adapt as the story goes on. I haven't personally seen that much in fantasy / young adult genre manga so it's rather refreshing.

As much as I just wanted to read this through so I could mark it as read, I did enjoy this. It should be taken at face value for a slightly better experience but the story and characters were solidly nailed down enough for it to feel real enough, to a degree. It's a perfect setting to settle back and flick through and to just be sucked along with the story.

Although the second volume seemed very rushed to get through the introduction and move the story along; it was enjoyable. It's a short read so it's easy to kick back with this before sleeping and just take it for its value of a short fantasy manga with a somewhat deeper line of questioning for the characters. Personally, I don't think I'll ever re-read this and I'm just happy I finally finished it after two years, but if you enjoy fantasy settings and plots, this might be a good manga for you to pick up and try.