The Lady and Her Butler - Recommendations 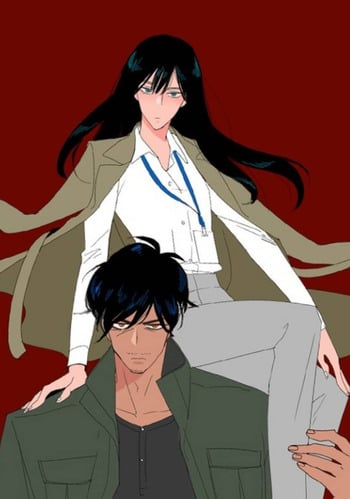 If you're looking for manga similar to The Lady and Her Butler, you might like these titles.

Kang Eon Ju loses both her house and job at the same time. When she discovers a working position at a mansion, she immediately grabs the chance! How will her life as a live-in caretaker in a mansion play out?

Both manga have male and female characters living together. A lot of the reactions of characters are also very similar.

Jade is told that her childhood friend from China is going to stay at her house. Yet, the grown man who arrives at her door is no longer the sweet boy from her distant memories, rather far from it. As she struggles to re-adjust to their new life together, will she rediscover her childhood crush or simply kick him to the curb?

"Role reversal" where female character works and male character is more domestic. Characters cohabiting but Not in a romantic relationship, and male is somewhat dependant on female.

Iwaya Sumire is a highly-educated, well-respected and young journalist at a major newspaper - though her social success can't stop her boyfriend of five years from dumping her for a less-educated woman. One day, as she's fuming over her lost relationship, Iwaya comes across a young man in desperate need for food. On a whim, she takes him to her home and feeds him, deciding to let him stay in exchange for becoming her "pet." With him at her side, Iwaya takes on love and life.

Down on his luck kind of guy ends up making a deal to room with a career-minded woman out of desparation. Both are slow burn romance stories that spend a lot of time exploring the insecurities and flaws of the characters and the difficulties of a changing relationship. The main characters in both also reverse traditional gender stereotypes (artistic, domestic guy who is more in touch with his emotions and strong, independent career woman who comes across as cold and emotionally aloof).

The delightful and brutal life of living with a robber! Ji Ho ends up missing the deadline to apply for a dorm due to a slip of carelessness but luckily a sunbae from his major helps him get a room nearby. Unfortunately, not even half a day after moving in he gets attacked by a robber. After managing to get away, Ji Ho later comes back home to see the robber shedding tears over the novel he wrote in high school...But this robber, with the reason of wanting to continue reading his unfinished novel, asks to live with him in exchange for taking care of the house?! The sweet and fierce life of these two has started!

Eat, watch TV, go to amusement parks, they must share their lives and record how they feel to win. Their prize? The Ultimate Death. Or so they think… A surreal series about confronting our pasts, fighting for the future and, by the end of it all, healing together.

Seongjin, an unemployed amateur writer is suddenly involved in an unexpected romantic relationship! But 7 years later...

I See Your Money

To Sungchoon, seeing how much assets a person has and will have in the future comes in handy when dealing with all kinds of situations. He then meets Jihyang, a daughter of a conglomerate owner and approaches her, hoping to change his fate of having to live paycheck to paycheck. Little does he realize that Jihyang also shares this ability.

Kim Myung-Hyun's new story about a 20 year old woman. What does she want to do?