The King and the Paladin - Recommendations 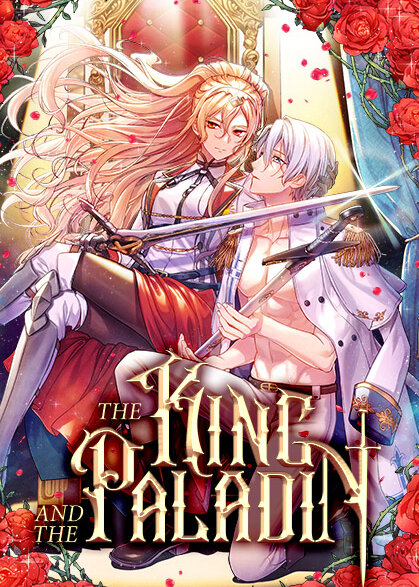 If you're looking for manga similar to The King and the Paladin, you might like these titles.

We meet Mookhyang in Murim, or the world of martial arts, as a young member of the Demonic Sect. After years of rigorous training, he rises through the ranks and joins an elite squad of first-rate assassins. Despite his impressive achievements, however, he finds himself hungry for more. His obsession for martial arts ultimately leads him down a different path… one that few have ever dared to take. He spends decades learning the way of the sword and cultivating his inner qi, or mana, in hopes of one day reaching a state no warrior of the Demonic Sect has ever reached before—the State of Demon Transcender. Join Mookhyang as he fights powerful masters, takes down evil forces, and pushes himself to the limit... and beyond.

The S-Classes That I Raised

An F-rank Hunter. That too, a useless, pathetic F-rank hyung who dragged down his amazing S-rank brother. To me, who’d halfheartedly lived a disastrous life that’ ended up devouring my brother’s life and making me regress, the title given, was… ‘Perfect Caregiver.’ That’s right, this time, instead of fussing about myself, let’s quietly look after those amazing bastards…… was what I’d thought, but the S-ranks are… a little weird.

Theodore Miller knows everything about magic… except how to use it. Just as he’s about to flunk out of Berghen Academy, Theo chances upon a grimoire named “Gluttony” that manifests as a magic-hungry creature on his hand. The more magical texts and artifacts Gluttony consumes, the more powerful Theo becomes, quickly making him the academy’s star student. Sure, he now lives under constant threat of being eaten by an insatiable parasite, but Theo is finally on his way to becoming a real wizard.

At that time, she was unilaterally dismissed by the crown prince and was free to go on her own journey. Someone woke her up. A beautiful man, like the king of winter, smiled broadly and arrogantly. Nathaniel stretched out his hand, but even though Kyrie rejected it, his bony white hand rather slowly and softly touched Kyrie’s ears and cheeks. "You’d better not think about it. If you don’t want to be tied up." Instead of answering, she bit Nathaniel’s fingers. He lowered his head slowly and put his head against her forehead. The more anxious the purple eyes of Kyrie were, the more ecstatic his seemed to be.

As the Moon Wanes

Trapped in a mysterious forest... "There's a forest that steals shadows?" Hyojoo is on the verge of losing her shadow to a menacing forest and disappearing forever when she meets Muyoung, a mysterious yet beautiful man. In this fairy tale romance, the two race against time as the moon slowly wanes...

Four Ways to Find a Wife

It started with a chance encounter in a secluded garden. You know, your typical boy-meets-girl romance. So then, why does he keep chasing her down and asking to see her photos? And hold up—he’s advertising for a wife?! Jungwon just wants to survive her college years, but this business executive isn’t making it easy! She doesn’t have time for distractions between taking care of her siblings, working part-time, and studying for classes. But there’s another thing bothering her... who is the mysterious person leaving her notes?

Seung-ah, who works for the Cosmetics company, recently participated in the Hotel Amenity contest held at the Seojin Hotel as a team project but failed to make it out of the preliminaries. Seung-ah and her co-workers who worked very hard in this contest came in an agreement to meet the officials of Seojin Hotel. Somehow, when they found out that there was something between Seung-ah and Seo Jin-hyung, the successor of Seojin Hotel, during the time at their university, they all counted on her.

Answer Me, My Prince

She wrote a letter there, at an antique storage box of books that I got by a mere chance, and a reply came back. From the handsome playboy Prince, Archie Albert, the pathetic supporting character in "The Princess and the Knight," Cordelia had a dream that she had a conversation with the main character in the novel. Prince Archie desperately needs the advice of Cordelia, who knows the future of his world. The letters they send and receive through the storage box of books continue without knowing that they are staying up late at summer nights..…

Please Be Obsessed With Me

Arabella is a forgotten Empress who vomits blood whenever she moves. After being killed during the rebellion against the oppression of the Imperial Family, she returns to the time before her 20th birthday. Realizing that she must survive until her 25th birthday in order to stop the regression cycle, Arabella decides to look for a way to cure her illness, even if it meant seeking answers from the rebel forces themselves.