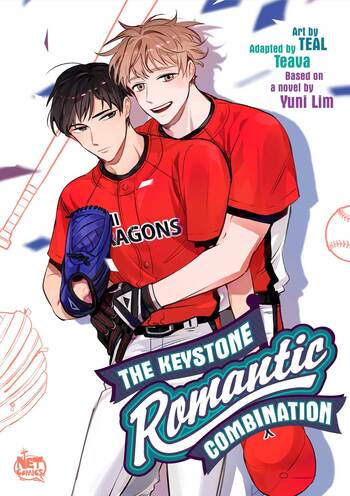 Sung Moon High is fields one the country's top 5 high school baseball teams. On the field, players hit hard, run fast, and pull their weight to strive towards victory. Off the field, competition is fierce with students vying for position - and affection. Some might play for love of the game, others are just in it for love.

Sweet, sweet baseball lads with similar character dynamics. Base to Base is a bit more lighthearted, but neither of them are super heavy.

Jae Hyeok, who lost hope in dreams due to a certain event, finds his life sparkling with light again as he spends time with one of the seniors at his school club.

A (not so popular) idol happens to throw a ball at a ceremonial first pitch. And it gets clocked at 153km/h. Her new life begins?

Yoon Geon Yeong is the ace pitcher of the Professional League baseball team, Amber Elephants. Since when did he start to notice Punch, the club’s elephant mascot? A mascot’s job is simply to cheer on the players. Why does Geon Yeong keep getting distracted by it? Something happened between him and Wonwoo, the man behind the elephant mascot, in the past. And so, the strange tension between these two men is gradually turning into a different feeling.

A mediocre baseball player, Jin-ha is a benchwarmer in his team. However, his life is about to change when he is given the Divine Bat from a mystical being.

In order to get the headlines, the entertainment reporter Li Shu Zhen, secretly follows and takes pictures of the "Baseball World's Most Popular Superstar" Liu Xian. But he unexpectedly snapped a nude photo!? Later on, he discovers that Liu Xian is his former alumnus, not to mention he's the junior of the baseball department. Falling into deep thoughts, Li debates whether he should leak the nude photo. At the same time, Liu Xian proposed a secret transaction with Li Shu...

Imai, a member of a baseball team, has his eyes on Hikita, a younger member who works so hard despite how awkward he is. Whenever Hikita gets nervous, he seems to glare at people. Imai just finds him so cute. "I'm the only one who's noticed how sexy you are..." He tries to get close to Hikita, looking after him in the way a more experienced member should, when deep down, he just really wants to touch Hikita's naked body!

A story about a baseball player who has an inferiority complex. His life isn't exactly smooth due to his indecisiveness and lack of raw talent.