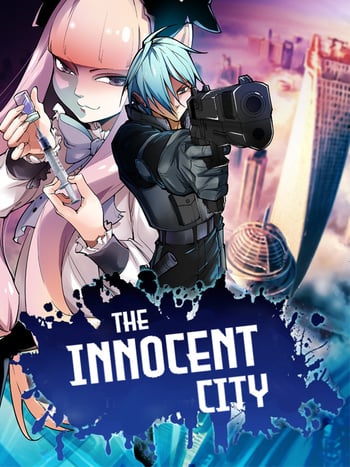 Universal flight 005 has exploded mid-flight, killing three hundred passengers; but when no one steps forward to file an insurance claim, the 3WA is called upon to investigate - and Kei and Yuri get assigned to the case! Oddly enough, they are also assigned a second case, this one involving a missing scientist. Why did the central computer assign them both of these cases? Could they possibly be connected? The Dirty Pair don't know, but they are sure going to find out - if they can avoid everyone that is trying to kill them!

Several years after Nadia and Jean went on a grand adventure together and thwarted evil, Nadia works as a writer for a London-based newspaper. In the midst of writing her memoirs she receives a big scoop: people in high positions are literally vanishing into thin air. Upon investigating, Nadia discovers that these events are part of a worldwide conspiracy to replace the planet’s leaders with robots, in order to start a war. Meanwhile, in France, Jean finds a girl named Fuzzy washed up on the shore – a girl who is being used in the conspiracy. Soon, Jean and Nadia have combined forces to save Earth – the robots must be stopped!