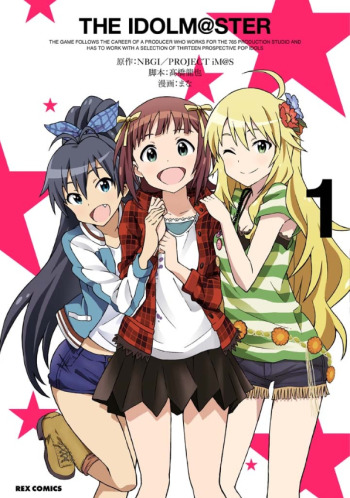 If I may, let me briefly describe to you my journey throughout [email protected] The anime was something I didn’t like at first, but it grew on me and I loved it by episode 6. It had its issues of a cast too big, feeling bloated with filler and undeveloped characters; but you can tell the staff were doing their best to tell their story while filling a quota for the fans. Such are the restrictions of having only 25 episodes for an ensemble cast.

I’ve had encounters with people who either understand Japanese and/or have more resources to play the [email protected] games for the full branching storylines of every character. But I settled with the anime and scarce scans for the manga spin-offs that would slowly come out.

With this manga, I finally feel like I can close an [email protected] chapter of my life. To reiterate, the anime series is great, but feels unfinished. The anime movie gives a conclusion, but leaves some characters in the dust. The Million Live sequel manga is basically perfect, but about the new generation.

The [email protected] (Mana) is a spin-off manga that expands on the original anime—series and movie—and gives me almost everything I feel like is missing from the show. You need both, but a dedicated fan will get what they want out of this like I did.

The manga opens after episode 13 of the anime and mostly exists in between the ongoing episodes from there on out. Some chapters run parallel to certain episodes, so it’s best to have just seen the show already if you don’t want the obnoxious timeline. The [email protected] (Mana) is best described as a “patch” for The [email protected] (TV and movie) than a replacement.

That’s sort of why I’m not going into things like the premise or characters. You shouldn’t be starting here in the first place. But this manga will give you a newfound appreciation for the material that was missing. If you like the anime, you won’t regret reading this.