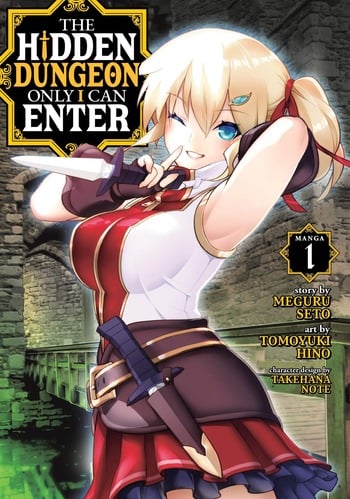 Noir Stardia, lesser son of an even lesser noble, just lost his job. Without a penny to his name, he decides to enroll in the Hero Academy and improve his career prospects. But he’ll need to get a lot stronger to pass the entrance exam. So Noir seeks out a hidden dungeon—a legendary labyrinth filled with strange beasts and rare items—where he can train until he’s powerful enough to change his fate!

This is pretty good until the mid 20s when the phantom theif arc happens. The art is great, I liked how the mc goes with the flow with the girls and they aren't omg don't touch me even though I like you which is also nice. But my god the author writes the main lead during this arc as if they have the brain of a 7 year old. You start to notice the brain dead problems like he kills monster triple his level and we get no indication he gains any levels from that. It seems like every new character or enemy is very high leveled for no reason. Keeps going deeper into the dungeon without hard farming for levels or actually getting stronger in anyway other than the occasional new skill from lewd points. Has tons of points, doesn't get any versatile or op skills (Invisibility, teleport, flight, etc.), doesn't ask sage for skill advice. Gets confronted with a problem previously and has good problem solving and is quick to react and survive and escape or not die. This arc has the reaction and brain power of a potato. An example, he uses judgement eyes to see the enemy, whose trying to take one of his girls, has level A lightning weakness, doesn't even remotely cross his mind to use his lightning skill until after it's all over. Has the chance to sneak attack a summoner later, sneak attacks the summon instead except only from the side to dodge the summoner thats behind it so it can still block it but op sword wins and kills summon. Just kill or defeat the summoner and win? I'm fine with people shouting out their attack names cause thats every manga, but why dear god does he have shout out his inner thoughts, "I attacked you with lightning because it's your weakness!" I mean you showed us that previously. So is the author that dumb or do they believe because it's an ecchi/harem story we are that dumb? Or "I combined water and lighting for this attack" which he's used before but now is saying it out loud cause otherwise how would everyone around him know how smart he is with only the skill names I guess? I'm fine turning off my brain for a bad translation, or for bad characters or plot, just don't treat your audience as stupid unless its a fourth wall break or comedy. Also don't make any of your main characters who are normally moderately inteligence or quick witted go potato just so you can create tension and NTR bait because you couldn't create an intersting obstacle for the party to fight or conflict for them to overcome. Especially not where the main lead is a third of their levels yet can still not get one shot by a speed rogue when he has no speed or defense skills like cmon man use your brain.

Do not run away, running away is for cowards. This is the world for the brave, the world where there are lots of dungeons. The world, where there are many undiscovered paths to untouched treasures. At least, that is what people say. The story focuses upon a boy, who one day discovers a woman in the dungeon. Chained and unable to move, she claims to be one of the best adventures. She tells the boy a story that one day, she was clearing the dungeon and met a demon. Although, it only took her seconds to defeat the demon, it also activated the trap. And because of that, she has been chained for 200 years already. The boy explains the chained heroine that he wishes to become stronger in order to become a hero known to everyone and to be of help to his family. That is why, the chained heroine agrees to share her power with the boy and grants him very powerful skills. Every time he uses one of these skills, his life force will be consumed. Once it reaches 0, he dies. To refill the life force: lust, desires and just tasteful food will do.I have very mixed feelings on this one. Maybe this is because of the fact that this series is a borderline ecchi, maybe because of the fact that you do not know what to expect out of it. What I mean is that this manga tries to touch upon some serious topics: a boy, whose family belongs to the lowest nobles, does not want to be a burden to his family and so he tries to become a strong hero that will have the power to help friends and make his family proud of him and then you see some rather questionable episodes that make you doubt the whole manga. Like, you cannot take seriously a manga, where a male protagonist asks women to sit on his face to restore his ‘life force’, which is the resource needed for him to cast magic.Do not get me wrong, though. I do not have anything against ecchi. But there should be limit. Okay, Noru needs ‘life force’ to be able to cast magic and it is stated in the manga that tasty food and just whenever he accomplishes something in his life, help him restore his power. However, most of the time he restores his magic with the help of these borderline ecchi moments, which makes it somewhat boring. I am not trying to say that this manga is awful, though. It also has good things about it: boy is not that usual crybaby, his family does not have status and he does not want to be a burden to them and he wants to succeed in life without the help of his family. Because of him being a hard worker, he meets the strongest hero there is, who agrees to train him and many, many more.All in all, this manga will have an anime adaptation and the best comparison I have for this manga is Is It Wrong to Try to Pick Up Girls in a Dungeon?. So, if you enjoyed Is It Wrong to Try to Pick Up Girls in a Dungeon?, I guess you will enjoy this manga, as well!

not bad but not good. everything about this manga screams generic. and the art is ok i guess. the story like i said generic. and the characters are ur average harem girls with an weak to strong mc. nothing new here. the first few chapters were confusing and a bit promising but then turned into a generic harem story which isnt bad but kinda boring. 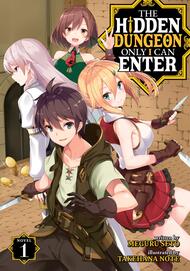 The Hidden Dungeon Only I Can Enter (Light Novel) 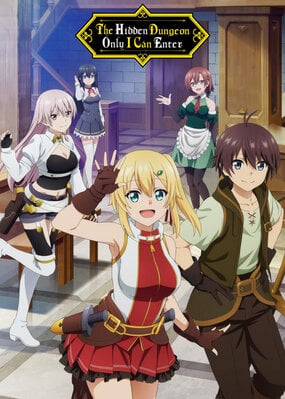